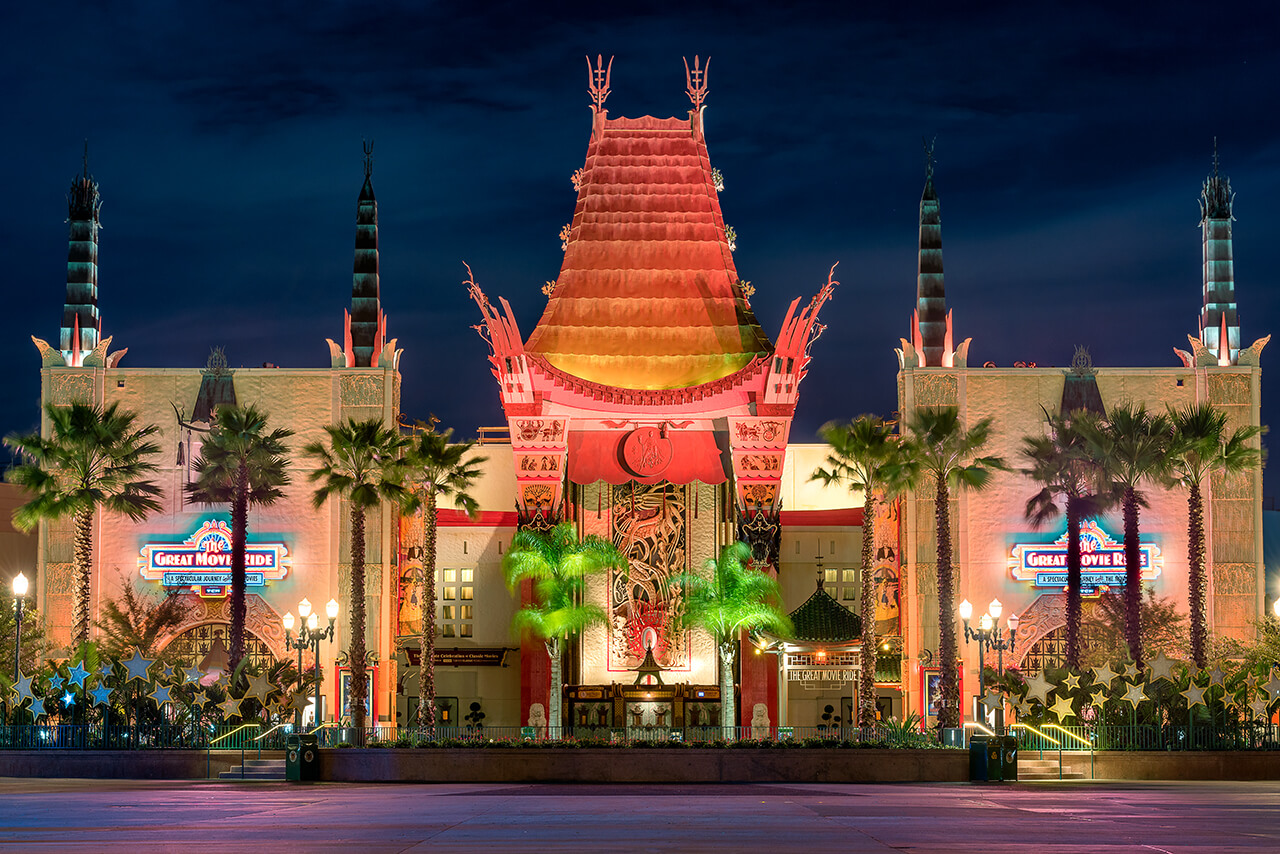 Though Hollywood Studios is seriously lacking now there is a lot to look forward to in the future. For me the removal of the hat was the first step towards the revitalization of the park. It’s just a wonderful feeling to have this unobstructed view back and I was absolutely thrilled to be able to get a shot like this after waiting and hoping for years it would happen.

This was shot with the Nikon D810 and Nikon 70-200 2.8. I chose the 70-200 for a far off shot as it allowed me to completely fill the frame with the Chinese Theater of the Great Movie Ride. There’s no doubt what the star of the shot is. The biggest issue with shooting the theater however is that even when bracketing those neon signs on the sides can be very problematic. I get around this by shooting an additional shot metered directly off the sign so I have a shot of the sign perfectly exposed. Blending together seamlessly is another issue however as the shot with the sign is basically all black except for the sign. I first choose my base layer and then roughly mask in the signs over this. I then choose an intermediate exposure that is properly exposed in the area immediately surround the signs which I blend in manually behind the signs. This method allows me to get a perfectly exposed sign and have the transition be completely realistic.