Tree of Life & the Stars 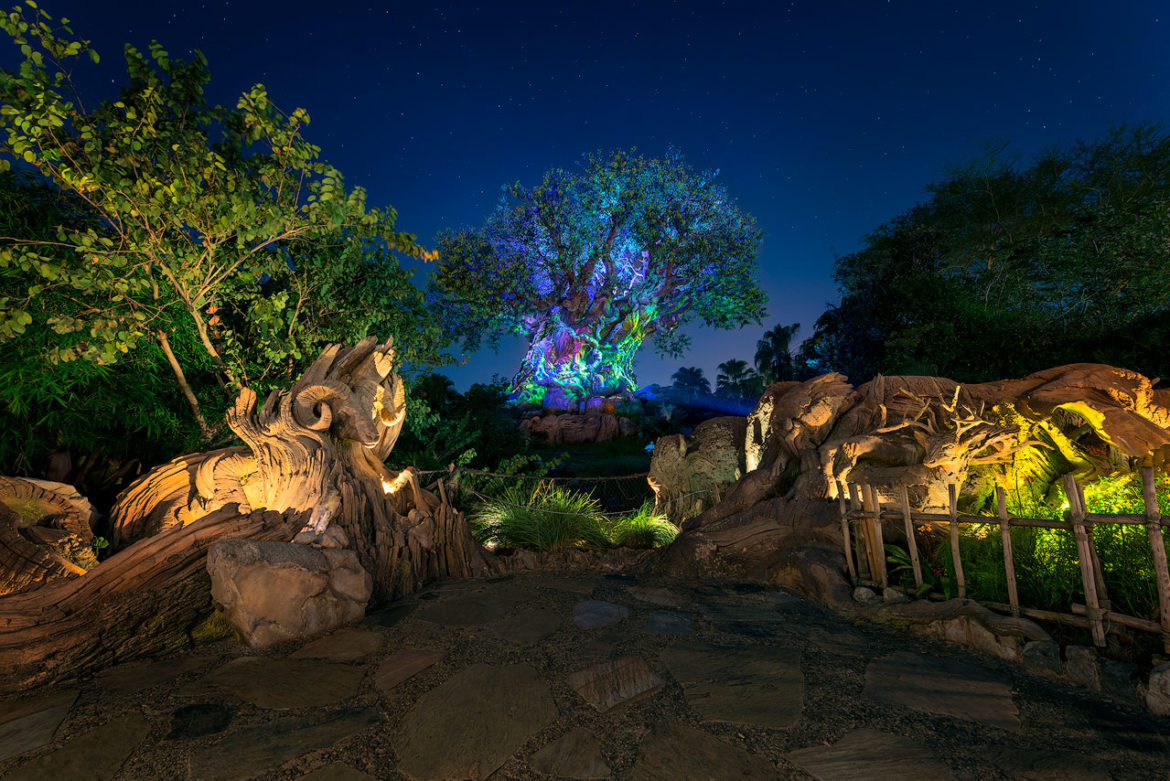 Going through the photos I’ve posted over the years it’s clear to me that Animal Kingdom needs more love and attention from my photography. I don’t have a ton of shots compared to the other 3 parks and the ones I do have posted are for the most part, years old. In fact, this is my first night shot of the Tree of Life since 2014! My only other shot of it in that time span is a single blue-sky version. In total, I’ve posted 42 Animal Kingdom shots in nearly 7 years shooting at Walt Disney World. Comparatively, I’ve posted 452 of the Magic Kingdom, 242 of Epcot, and 115 of Hollywood Studios. Interestingly too I’ve already posted 24 Disneyland photos and that’s from a single 4-day trip! Perhaps I’ll work through a bunch of my Pandora shots to help pad the numbers until I can rectify this huge oversight.

One final note about this photo. This trip was a huge reminder of the importance of having a backup camera body if possible. My D810 was acting up the entire trip, refusing to work off and on. This night it completely shut down on me and had I not had my D800 with me as well I would have gotten almost 0 photos this night, including this one which was taken with the Nikon D800. Upon my return home it was sent in for service and required nearly $300 in repair costs!

A Quarter Past Midnight at Sleeping Beauty Castle