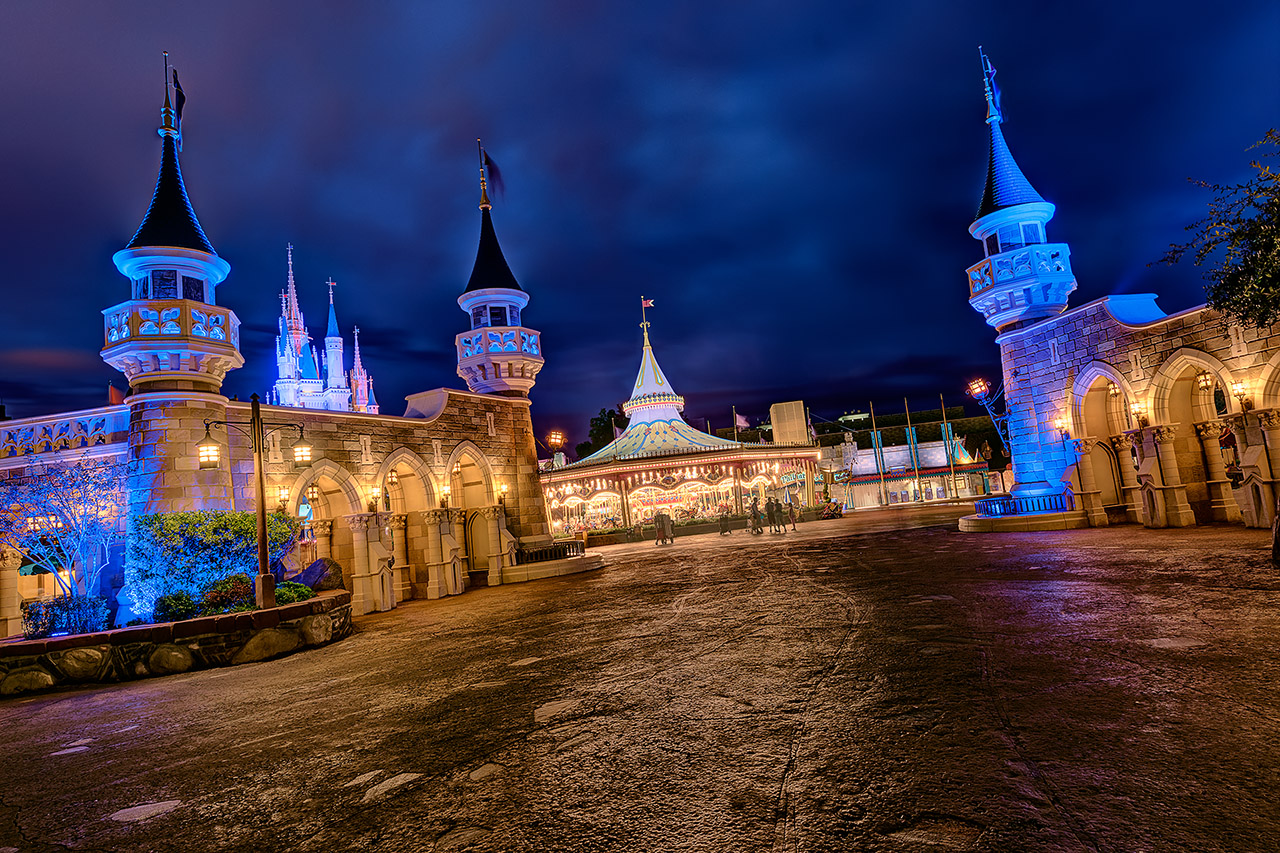 There always seems to be people just standing around in Fantasyland after hours. I don’t know if it’s just my luck or what but as you can see I have a couple people standing right in front of the carousel for this shot. I even waited around a bit hoping they would move and then finally just accepted they would be in the shot. I guess it’s not too bad but still slightly disappointing as I was going for a people free image. Obviously they would have eventually moved but with limited time to shoot after hours sometimes you just have to give up and move on. For me, having so few days to shoot each year it is much more important to get a bunch of different images and maximize my shooting time rather than waste a ton of time on one particular shot. I have made exceptions to this from time to time, a prime example being the Double Monorail Epcot shot. A shot like that takes a ton of time because not only do you have to get 2 separate monorail shots but then you have to wait for all the people to clear out as well. I guess it is no worse than waiting hours for a spot to shoot fireworks in the Magic Kingdom however.

This was shot with the Nikon D810 and Nikon 14-24 2.8. Editing was pretty basic on this shot with some simple color balancing and a few levels adjustments. I used Nik Color Efex Pro Contrast to add some additional pop to the sky. I did a slight rotation to make the tilt more pronounced than I originally shot it. Some denoising work using Imagenomic Noiseware in the sky and a round of sharpening finishes off the shot.

The Street to Cinderella Castle