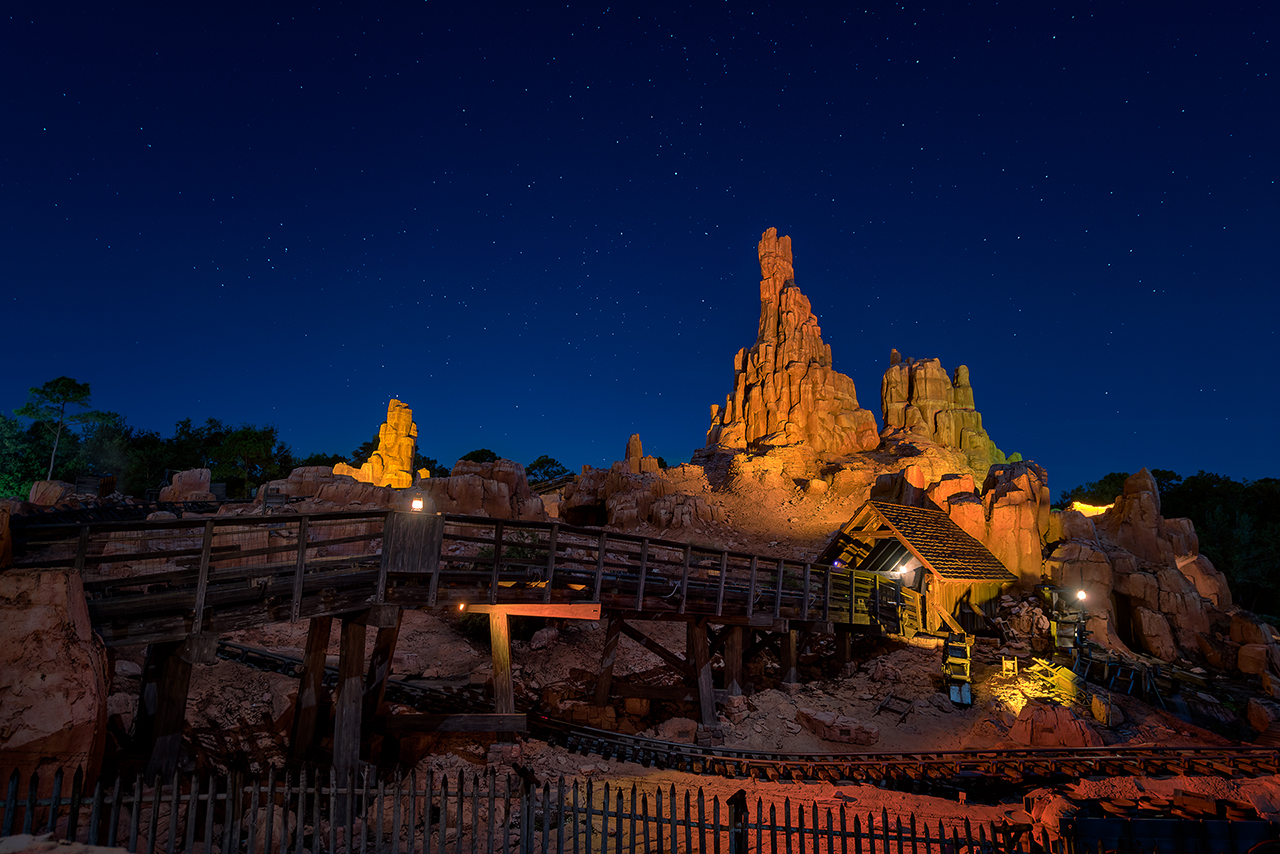 I have to say I think Thunder Mountain actually photographs better during the day than at night. That’s not to say it isn’t gorgeous at night but the color of the lighting isn’t as appealing as the look of the “rock” during the daytime. You additionally get more depth in the rocks and a better opportunity to include the “train” as well. Come to think of it, I don’t think I’ve ever tried to capture the train at night. I’ll have to give that a go next trip.

This was shot with the Nikon D810 and Nikon 14-24 2.8. One nice thing about the location of Thunder Mountain in the park is there aren’t any large sources of light behind it so it is much easier to capture a nice field of stars in the night sky. I used a 15 second exposure as my base exposure for this and did some manual blending of a longer 30 second exposure for some of the shadow areas in the lower portion of the frame. I used Nik Color Efex Pro Contrast to add contrast and pop. I then color balanced the foreground and sky with separate color balance layers and did some light vibrance adjustments. I did very light dodging and burning and then added a Photo Filter adjustment to warm up the foreground ever so slightly. I sharpened the foreground and then used my stars trick to help pop the stars out a bit more.