The Reflected Path to Spaceship Earth 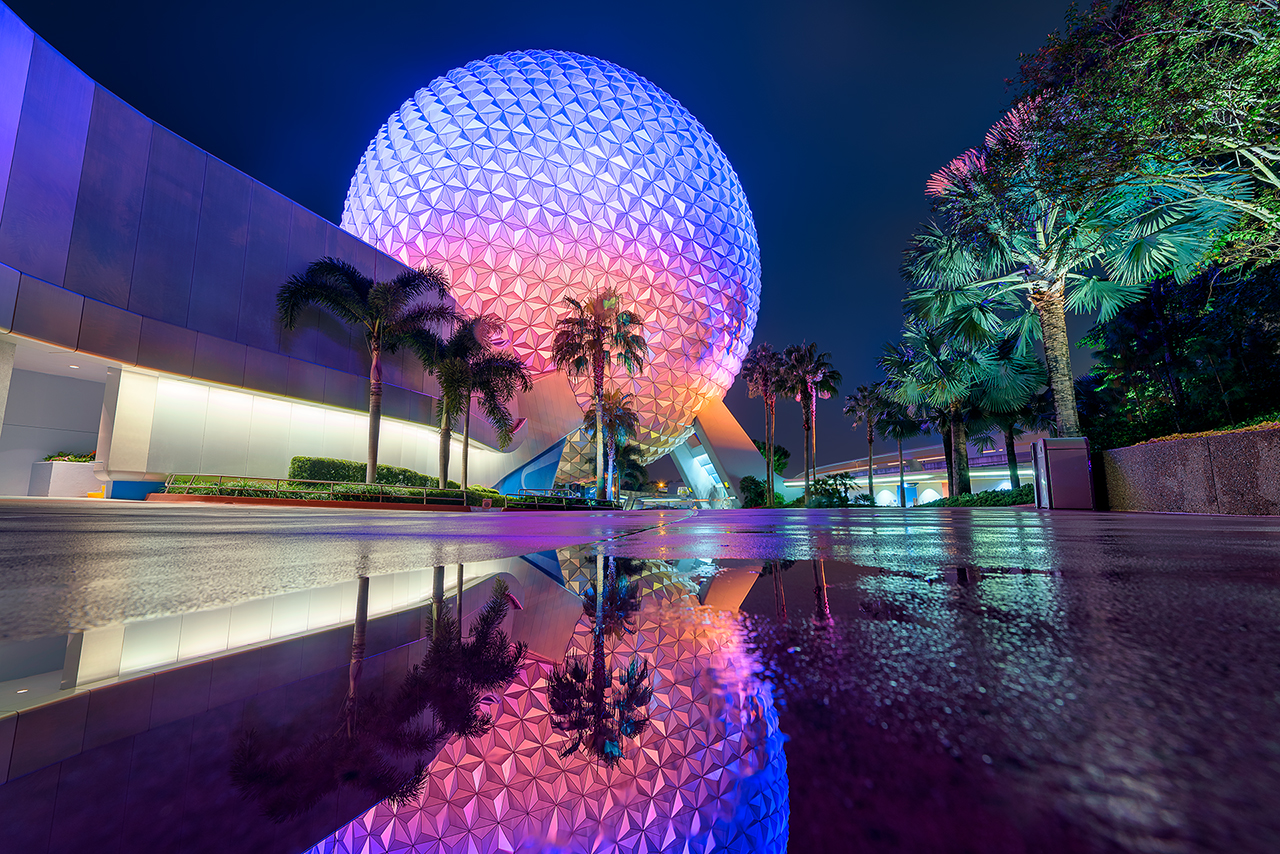 When you have so many different photos of the same thing, like Spaceship Earth, the hardest part of the whole process becomes simply coming up with a name for the photo you haven’t used before. For a while I tried to be inventive and witty with my naming but I’ve since mostly given up and just try to be descriptive with my titles and that seems to be working for the most part.

This was shot with the Nikon D810 and Nikon 14-24 2.8. This is one of those shots I did not use my tripod and simply used a small Disney parks bag to place my camera directly in the puddle. I then used a small container of chapstick to prop the front of the lens up so that the camera was shooting level as opposed to tilted slightly down. You may be wondering why not just use the tripod as low to the ground as possible. While my tripod does allow you to get very very close to the ground, it requires you to take it apart and take the center column out to achieve this. This isn’t really something I want to be doing in the middle of the park when I don’t know how long before security comes along and kicks me out. With the center column installed I believe the height is around 17″ which simply did not give me as nice of a reflection angle as putting the camera directly in the puddle.

All Their Wishes Fireworks

A New View of Crystal Palace