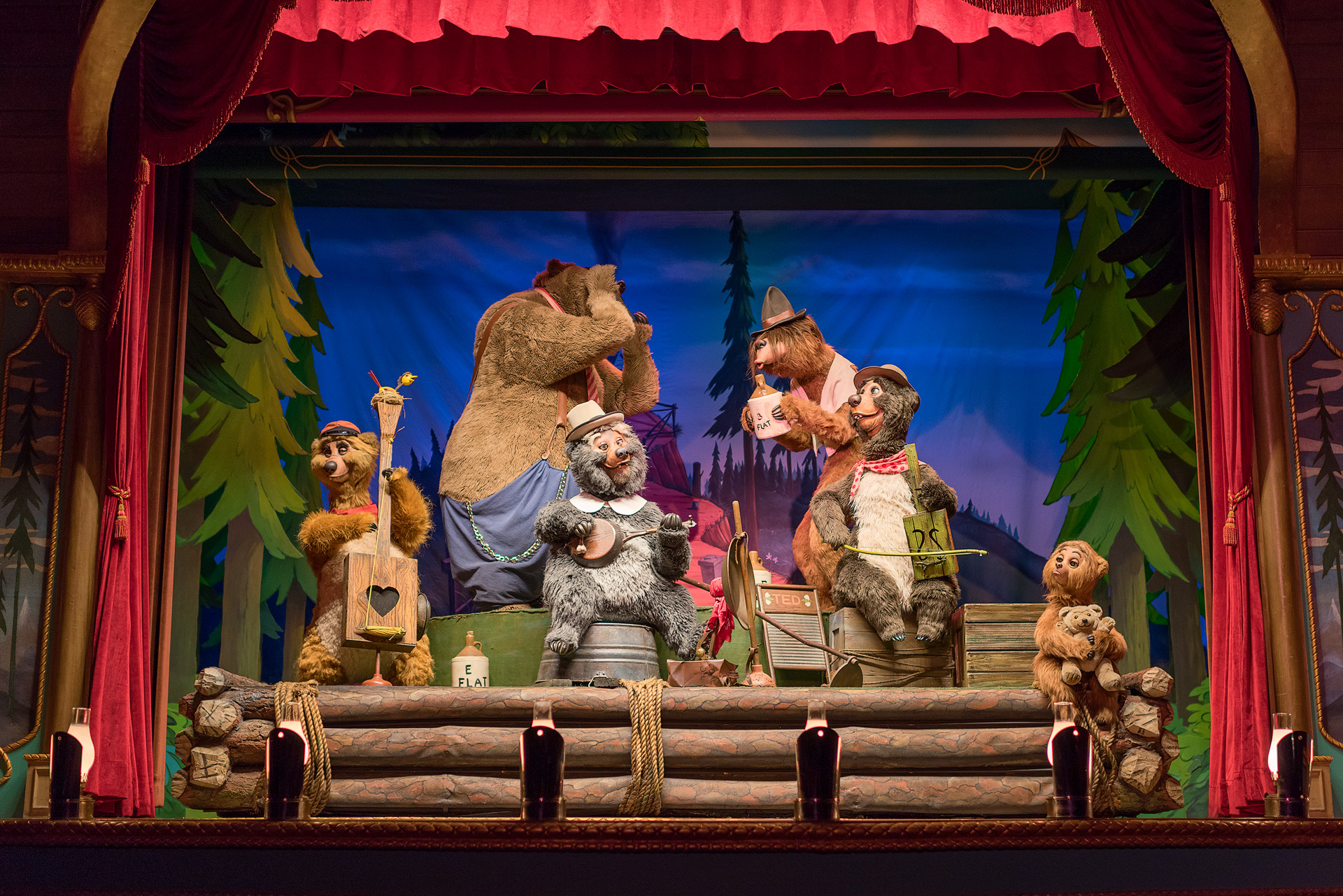 The Country Bear Jamboree is not difficult to photograph. In fact, I would say it’s one of the easiest shows to photograph at Disney World. I have shot this show with the Nikon 14-24, 24-70 and 70-200 2.8 lenses respectively. Over time dropped the ISO as I have improved my holding technique and my shots have gotten cleaner as a result. This time however I shot with the Nikon 35 1.4 and I wanted to see just how low I could while still keep everything nice and sharp. I opted to shoot at F2 as this gave me a bit more light versus the 2.8 lenses and dropped the ISO to 320. In the past, the lowest I have gone has usually been around 800. While not an issue at all for modern sensors this was really just a test for myself to see if I could get even cleaner shots of the show than I already had. I could not be more pleased with the final result. This thing is practically noise free and definitely, the cleanest shot I have ever gotten from the Country Bear Jamboree. Now that is a lot to say about such a simple shot but it is a good reminder that we should never be satisfied getting the same results repeatedly. I like to push past what I have done in the past even if just for tiny gains.

Jellyrolls After the Storm

A Lonesome Night in the UK Pavilion