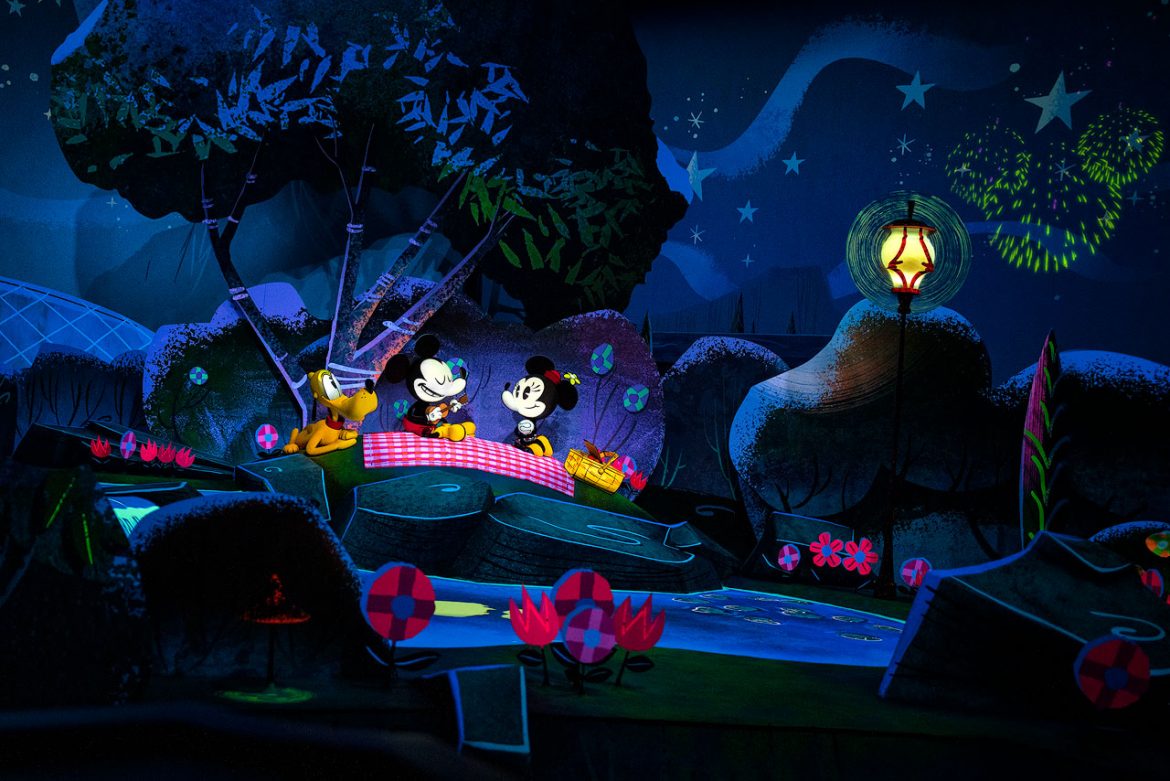 Hey, look at me getting to ride and photograph something while it’s still new and fresh. Mickey & Minnie’s Runaway Railway is neat with some cool tech but I’m still sad about losing the Great Movie Ride. Maybe this ride would have been better suited for the Animation Courtyard and the Great Movie Ride given an update.

From a photography standpoint it’s not too difficult to shoot though I did notice some artifacts here and there that I think is likely due to the refresh rate of the screens. It would be helpful to know what the refresh rate of the various screens and character face screens are as this would help with selecting a more appropriate shutter speed to help eliminate some of the artifacts I noticed. Ultimately though, not a huge deal as I shoot dark rides at high frame rates anyways so where 1 shot had an artifact the very next one wouldn’t. In the case of this shot the frame directly before and after this did not have as prevalent screen artifacts but they also didn’t have the hidden mickey fireworks so I simply used two shots, aligned and blended together so I could reduce the screen artifacts I noticed AND get the hidden mickey fireworks. Honestly, it’s a bit of extra work for something most people will never notice anyways, especially at web sizes. As the saying goes though, if you’re going to do something, you may as well do it right.