Straight on Til’ Morning 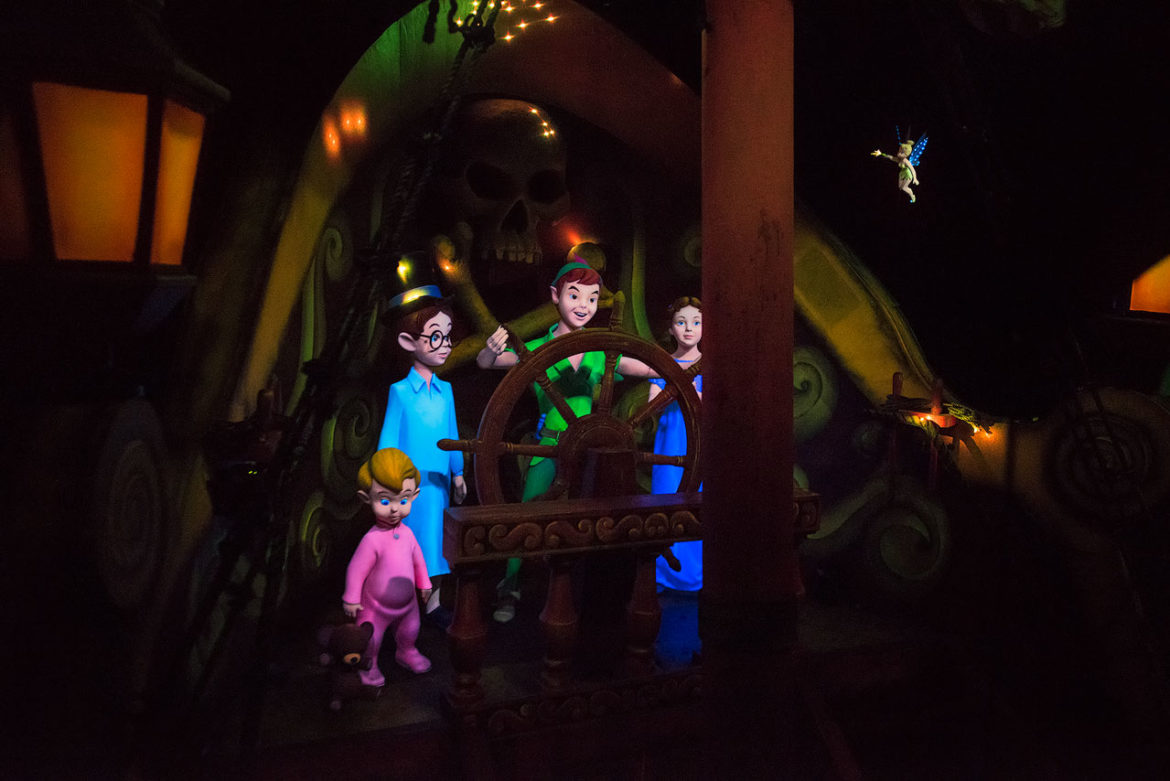 Peter Pan’s Flight is a very challenging dark ride to shoot. It’s even more difficult if you try to shoot a version of it you haven’t ridden before on your first ride through. That’s my experience from riding the Disneyland version. Though the ride has similarities to its Walt Disney World counterpart that I’ve ridden many times it is quite different. I found the lighting of the Disneyland version to be superior to the Walt Disney World version and this translated into better photos. This scene for instance turned out much better than my Walt Disney World version. The characters seem to be lit more evenly and I prefer the look of the character models too.