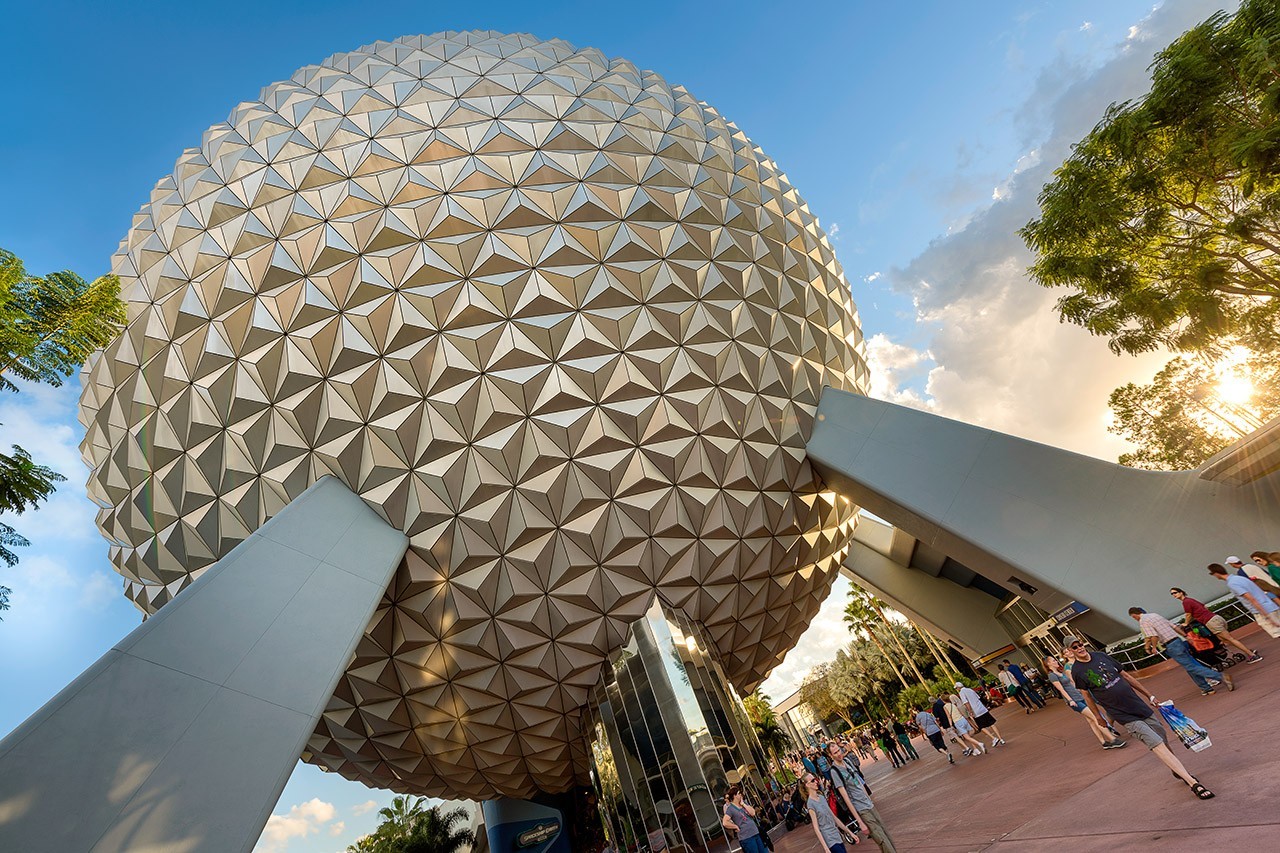 This was taken towards the very beginning of my chasing light journey at Epcot which had me going all around the park trying to get as many shots as I could in the time just before, during and immediately after the golden hour. I figured the best way to do it was to start at the front of the park where I could shoot into the sun still just over the trees for some cool sunbursts before making my way into Futureworld and then onto the World Showcase.

There’s not really a lot to this one. I didn’t want to just shoot a bunch of leveled shots (though I have some of those too) so while there was still enough light to comfortably shoot what I wanted handheld I wandered around Spaceship Earth looking for some cool ways to photograph it using angles. In my opinion it’s really not all that hard as the structure actually lends itself nicely to some creative angles. Here I’m using the struts holding Spaceship Earth up to lead from the corner into the frame.

This was a 3 shot handheld bracket but I only used 2 for my blend. One was perfect for everything but the very bright light in the corner from the sun so I used a luminosity mask to blend in from the underexposure to expand the range and get rid of the blown out areas. Enjoy.

Compass of the Dreamers