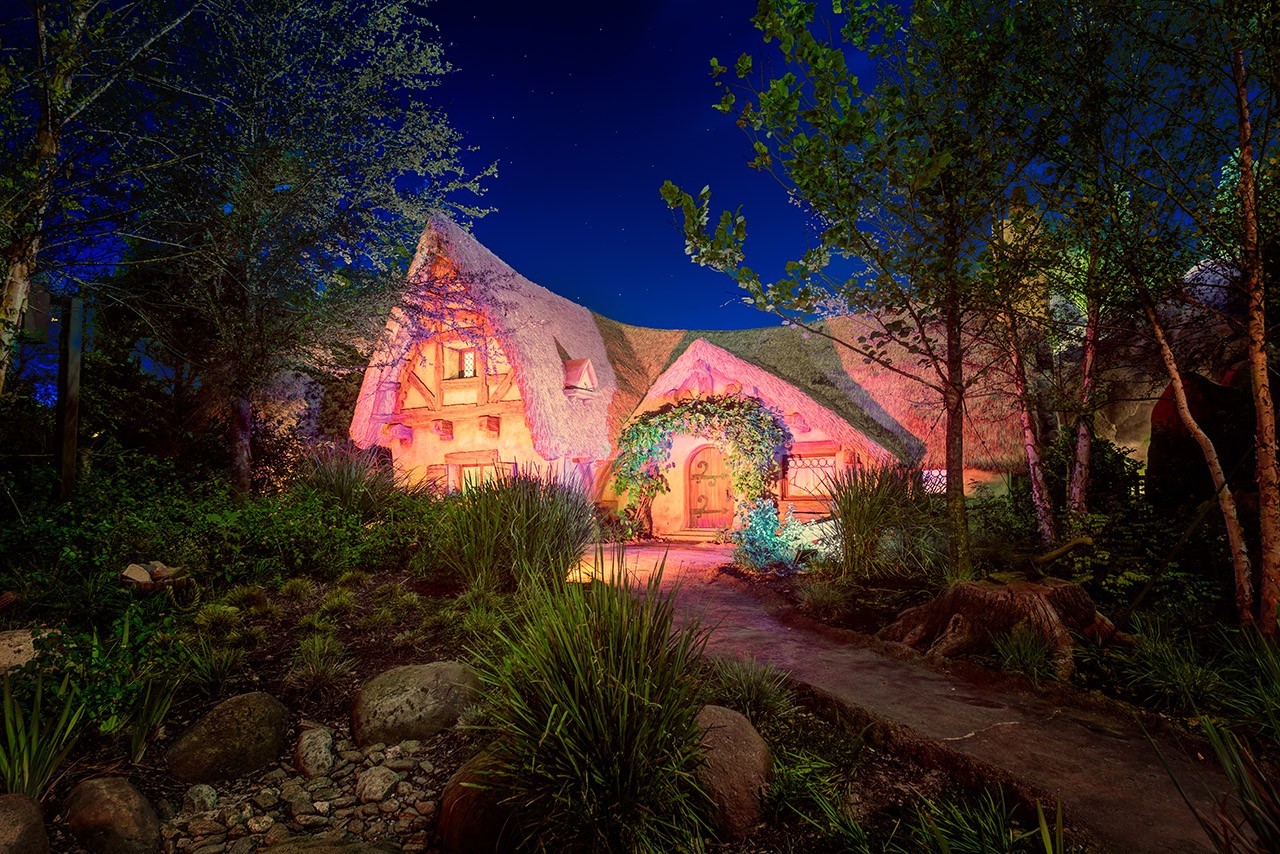 I have worked on this shot of Snow White’s Cottage longer than any other from this past trip. I started editing this thing in November and have worked on it off and on since then, finally finishing it on Wednesday. The reason being is the awful blue lighting the imagineers have placed all throughout new Fantasyland. I really hate it, and this location in particular I thought suffered from it. So of course I wanted to color correct it but it was just spilling everywhere, on the cottage, on the trees, on the ground and it really took a long time to properly fix. I didn’t have the patience to do it all in one go and so that’s why it’s taken my so long to finish this one.  I’m still not sure the final result is ideal but I think it’s a definite improvement over what the scene originally offered.

Ultimately it would be nice if Disney at some point altered the lighting in New Fantasyland to something more natural. I guess with the blue lights they were trying to to make things feel more nightish? I’m not sure but that doesn’t make much sense as those lights come on, you guessed it, at night! It’s the only place in the parks they’ve done this, and I think it was a mistake. /end rant and Enjoy.

Be Our Guest Grand Ballroom

The Pagoda & the Japanese Gardens