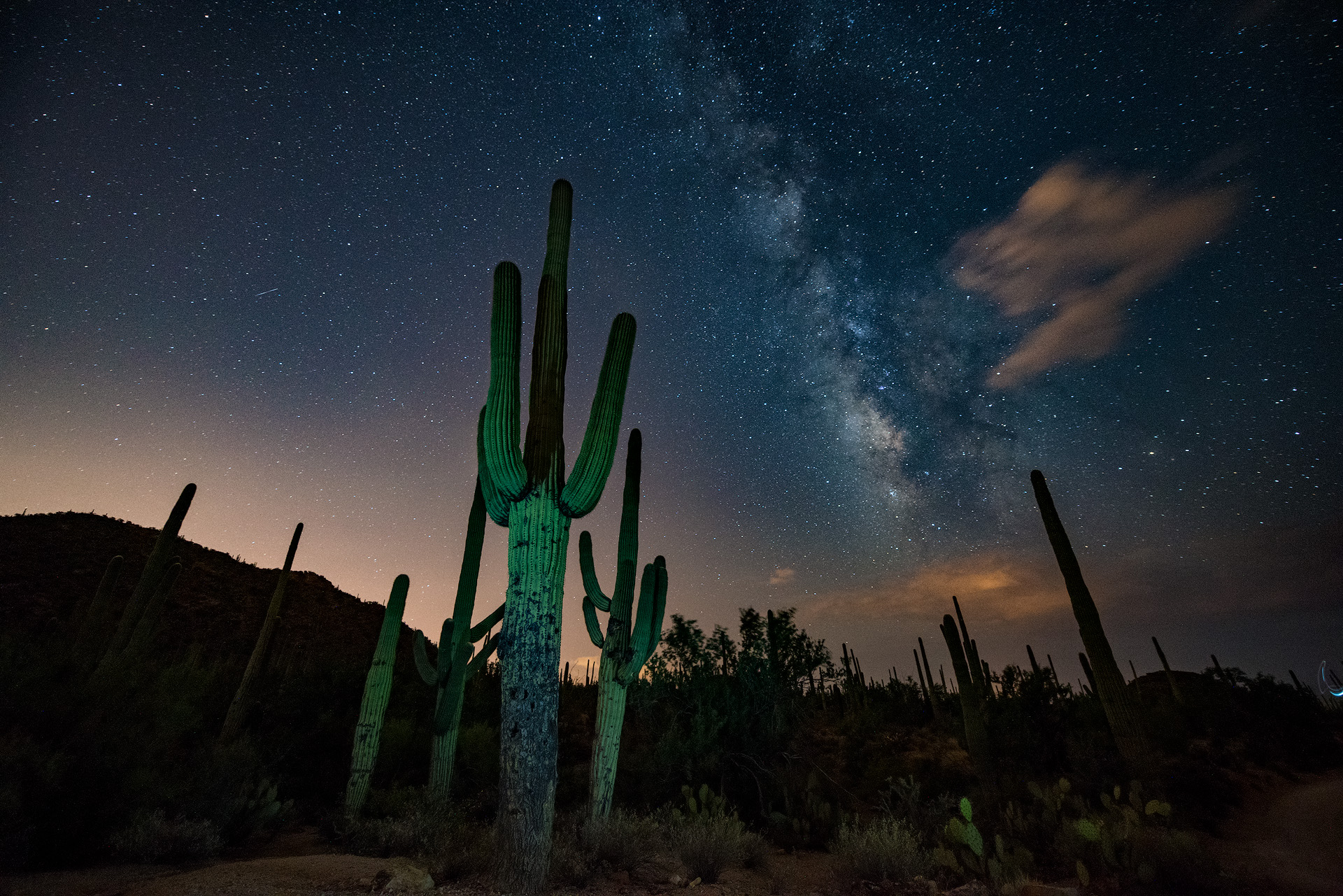 While not originally on the itinerary when we realized we’d be stopping in Tucson for the night on the drive out to California we decided to check out Saguaro National Park briefly. The size of the cactus here is impressive. It’s an interesting park too because the entire thing is split in two by the city of Tucson. With that in mind we just randomly picked one of the entrances and went driving around in the park for a bit. Though we were only here for about an hour or so we did manage to find some spots for good photo ops. For this shot my friend (IG: @jourdanlaik) helped by light painting the cactus while I took the shot. We experimented with this for a bit and this one I felt came out best with a nice subtle illumination to the cactus vs a non-illuminated shot I did.

Falls in the Woodlands

Sunset Between the Joshua Tree

[…] to share another shot from my road-trip journey to Disneyland last September. We stopped of in Saguaro National Park for about an hour since our drive took us right through the middle of the park. Since we only had a […]