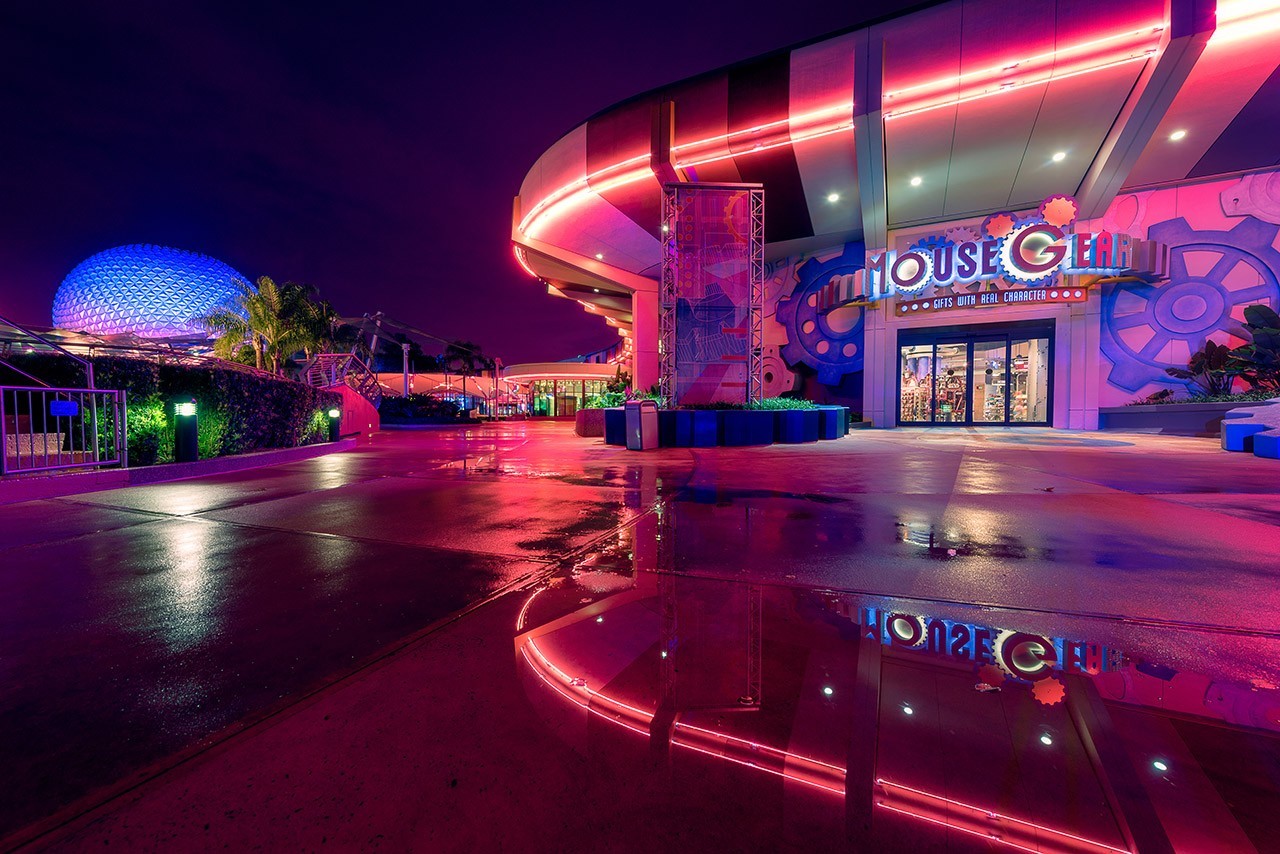 I often hear people complaining when it rains at Disney World or hoping it won’t rain during their vacation. Perhaps I am the only one who goes to Disney World and actually hopes for rain. I had been watching the forecast the week preceding my visit and knew it was a pretty good chance it was going to happen but you still just never know. Will it rain when I need it to? Will it rain enough to puddle up and create some epic reflections? These are the things I think and wonder about for my trips.

As I mentioned in a previous post this day was mostly a bust during the day thanks to cloud cover and rain but it really hadn’t put down enough rain for anything too special as Illuminations was starting. Fortunately an epic down pour during the second half of Illuminations provided just what I was hoping for. As everyone quickly left the park due to the rain I was grinning ear to ear as I knew I was in for some really good times thanks to the rain. Even more fortunately by the time I was packed up from Illuminations and ready to start shooting the rain was mostly an off and on again drizzle, just fine for shooting. Still though I did have a few shots with rain spots on the lens that will need fixing but I was constantly wiping my lens, not just from the bit of drizzle but because of the humidity. All and all it worked out great though.

The lighting here at Mouse Gear worked just wonderfully with all the water reflections. I especially like how I was able to use the neon lights to create a line that leads your eye from Mouse Gear and over to Spaceship Earth. I had never really noticed it much before but the double leading line from reflection really grabbed me when I was setting up for this shot. Speaking of which, the people who were still in the park while I was shooting this night, often laying the camera and myself in the puddles to get these shots gave me some really great looks. Maybe I should have photographed some of those as well…. Enjoy.

A Partner in Mickey Mouse