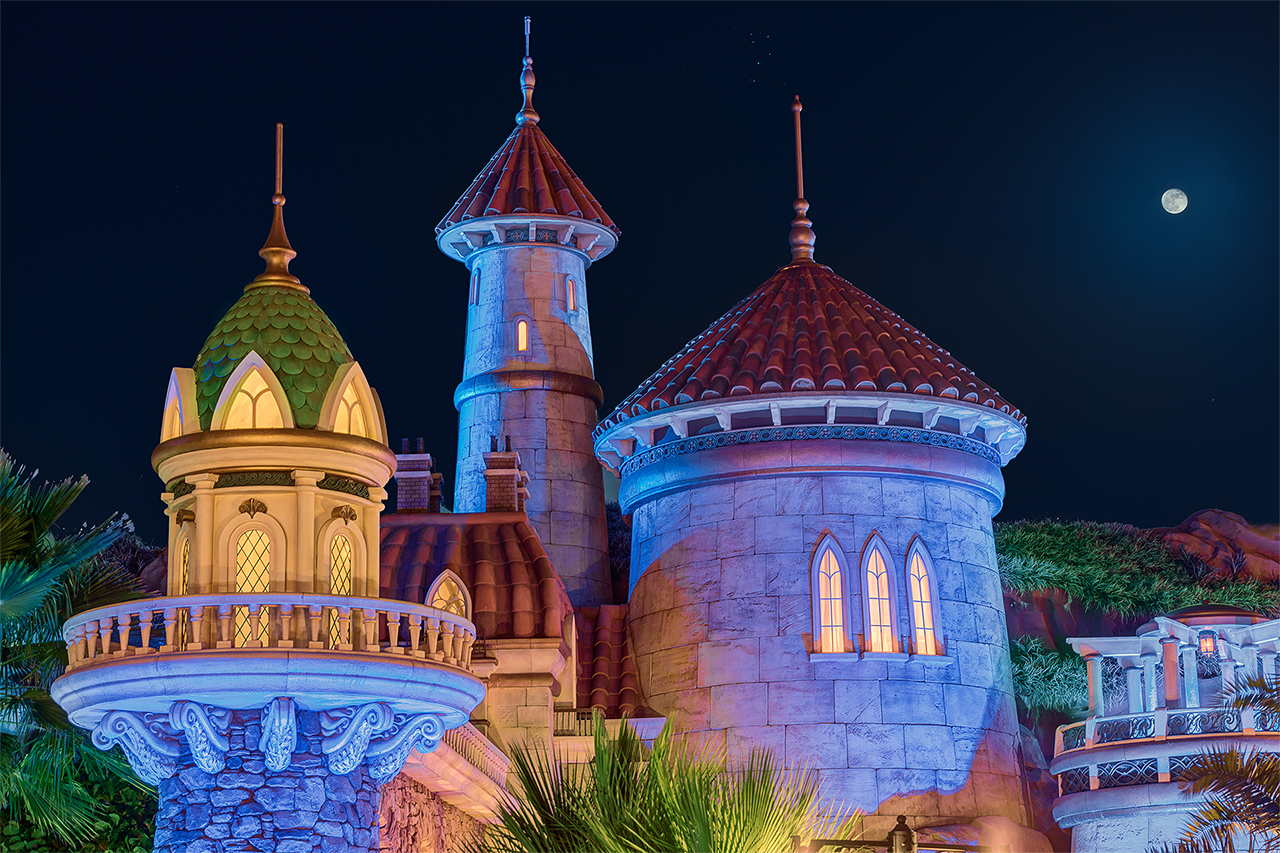 When I saw the moon rising over Prince Eric’s Castle I knew I had to try to get an interesting shot of them together. Ultimately I wish the moon had appeared a little larger but I think it works at this size and is a pretty accurate rendition of how it looked in person.

This was shot with the Nikon D810 and Nikon 70-200 2.8. I knew with the Nikon 14-24 2.8 the moon would just be a small speck of light in the sky. Therefore I opted for the Nikon 70-200 2.8 and decided to focus on the upper portion on the castle. Ultimately from the angle I was shooting a focal length of 70mm ended up being optimal and while not allowing for maximum zoom and enlargement of the moon it did fill the frame with Prince Eric’s Castle quite nicely. I did a 5 shot bracket for the castle itself and then did a separate underexposure for just the moon. Blending the properly exposed moon convincingly took a bit of work but ultimately it wasn’t too bad. I could have shot the moon separately at 200MM to really enlarge it and Photoshopped it in later but I wanted to keep it as accurate to real life as possible. Beyond the moon work I did my typical levels adjustments using luminosity masks, color balancing and hue/saturation adjustments. I did some light dodging and burning and finished off with sharpening.

Main Street USA & the End of a Trip