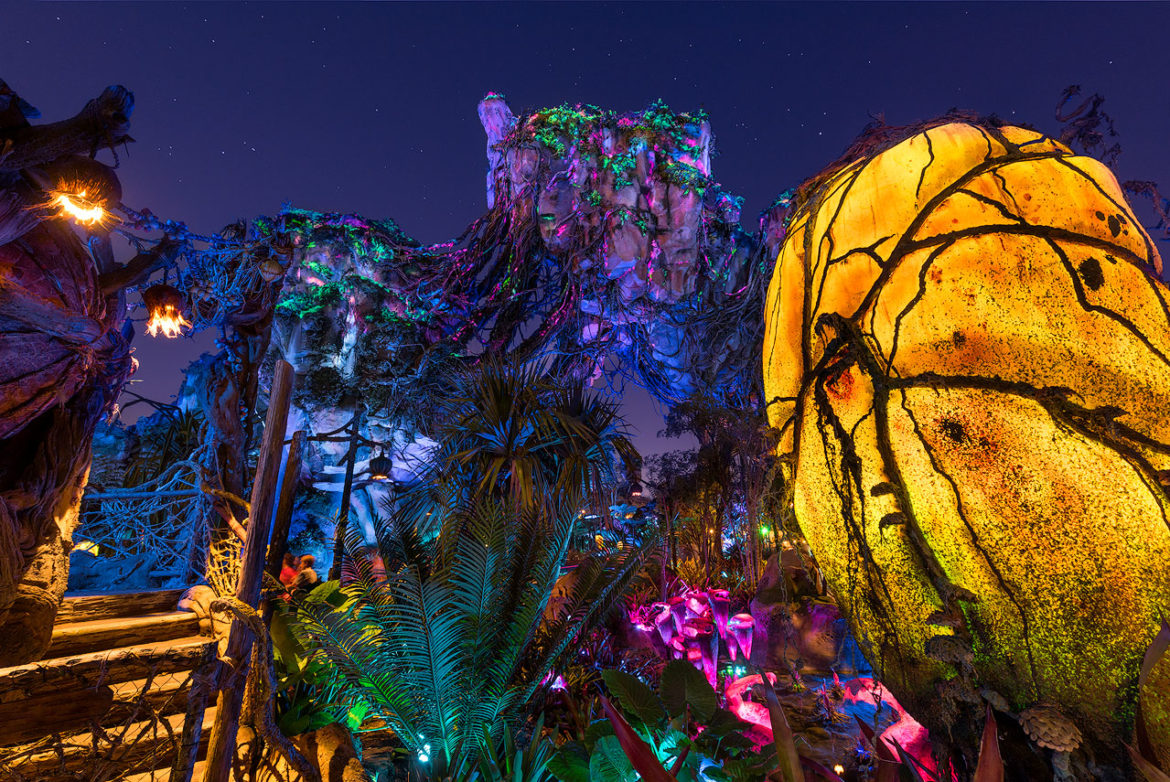 The first thing you want to do after you shoot a bunch of Pandora photos is rush home, process and post them all. I decided I wanted to marinate on my Pandora shots for a while and let the newness of the land wear off a bit so that I didn’t rush them out and put out something no different from what everyone else was doing. It’s an interesting land that offers a landscape for tremendous photos but also can present a challenge in editing, especially after dark. Disney once again uses lots of the blue lighting they’ve grown to love over the past few years. I’m certain they found a warehouse full of these things on a fire sale and are now determined to use them as much as possible in all their new projects. The point is while they look OK in person (sorta… I guess…) a photo where everything is bathed in the same blue color isn’t very interesting. I’ve tried to tame that a bit here by doing some color correction at the bottom of the frame to keep the blue mostly relegated to the floating mountain in the back.

This brings about the next challenge to Pandora after dark, the sky. There’s undoubtedly some sodium vapor lamps in the distance and the horizon and sky try to push towards a horrifying orange color. Color correcting it isn’t an issue but typically I color correct my skies to some sort of shade of blue. As mentioned there’s blue all over already so the last thing I want to do is choose a color that provides contrast to the blue lights used while also avoiding going with a completely alien color which is a bit much for my tastes. I ultimately settled on a magenta blue color mix that compliments as well as contrasts both the purple and blues on the floating mountains while still maintaining a realistic touch.