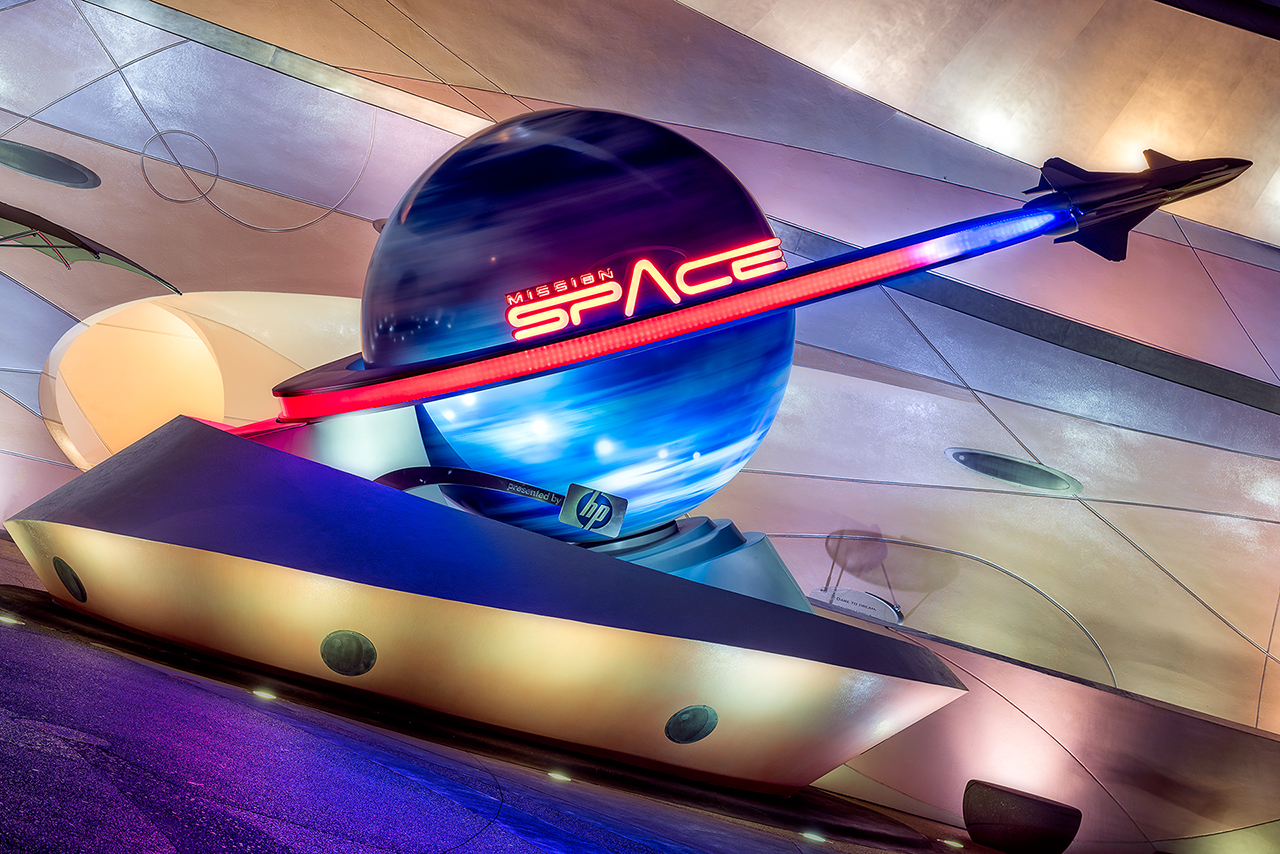 As I mentioned previously I really spent a lot of time during an EMH one night to get a bunch of pics of Mission Space. I felt it was the one area of Epcot where I really was lacking photos but I’m pretty pleased with what I have of it now. Even though this shot doesn’t include the moon like some of my others I think it’s actually my favorite. I really love the energy of the shot.

This was shot with the Nikon D810 and Nikon 70-200 2.8. I did some fancy tilting of the camera to align it with the angle of the rocket trail as I think it really works great with this shot. I don’t think every shot works with a tilt but I enjoy busting out a tilt when it makes sense. I shot a 5 shot bracket for this shot and ended up using 3 shots to create my base blend. I used one as my general exposure, another to bring the highlights down and a 3rd overexposure to add a bit of brightness on top of the spinning earth. It was pretty dim in all but my longest exposure. I applied Nik Color Efex’s Pro Contrast along with Color Contrast. I did a color balance adjustment layer to shift the color more to blue instead of yellow and then bumped the saturation a bit before sharpening.

The Sun Sets on Be Our Guest