Mission Space to the Stars 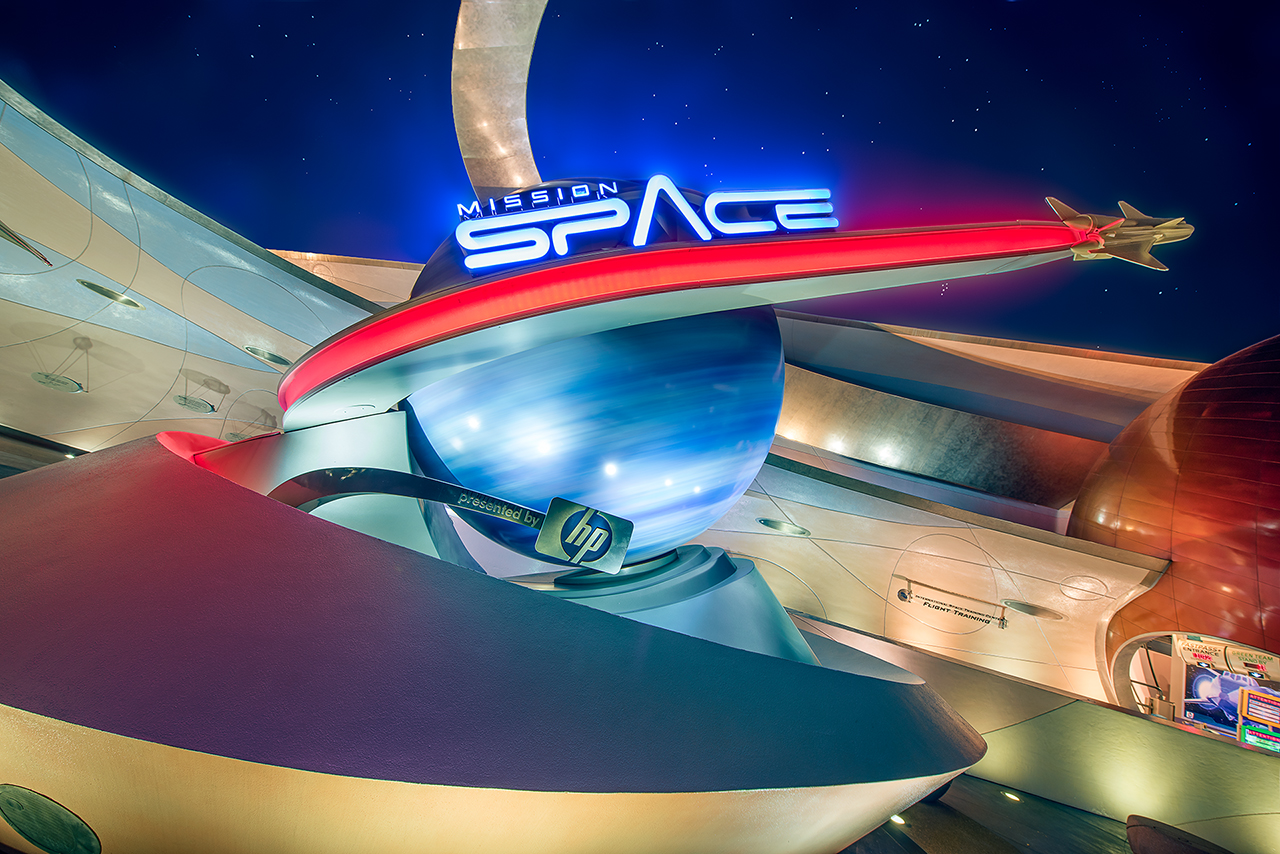 The first few times I rode Mission Space I really enjoyed it. As time passed however the ride has become really stale to me, to the point I don’t even bother riding it when we visit anymore. Tack on that I still really really REALLY miss Horizons and overall I’m just not very happy with Mission Space. I’d be up for a replacement but honestly there are way too many other things in Epcot that need attention before Mission Space that it seems almost pointless to imagine.

This was shot with the Nikon D810 and Nikon 14-24 2.8. I did a 5 shot bracket of which I used 3 shots. I used a single 3 second exposure as my base and then an underexposure to mask in for the rocket trail to get the nice deep red color as opposed to the washed out color you get here with longer exposures. The real challenge editing this shot came from the sky however. The longer shot I originally hoped to use for the sky was a real mess from all kinds of crazy flaring on the 14-24. I didn’t want to leave the sky black as I would lose my stars and the cool glow from the sign which I felt ultimately made it a weaker image. Ultimately so that I didn’t lose stars from cleanup I extracted all the stars to a separate layer before beginning cleanup of the sky using patching, healing, and cloning to get it nice and smooth. Once the sky was cleaned up to my satisfaction I then merged the stars back to the layer. Doing this allowed me to clean the sky up without removing or accidentally duplicating any of the stars. A total pain, but worth it I think.

Has Anyone Seen the Living Seas?