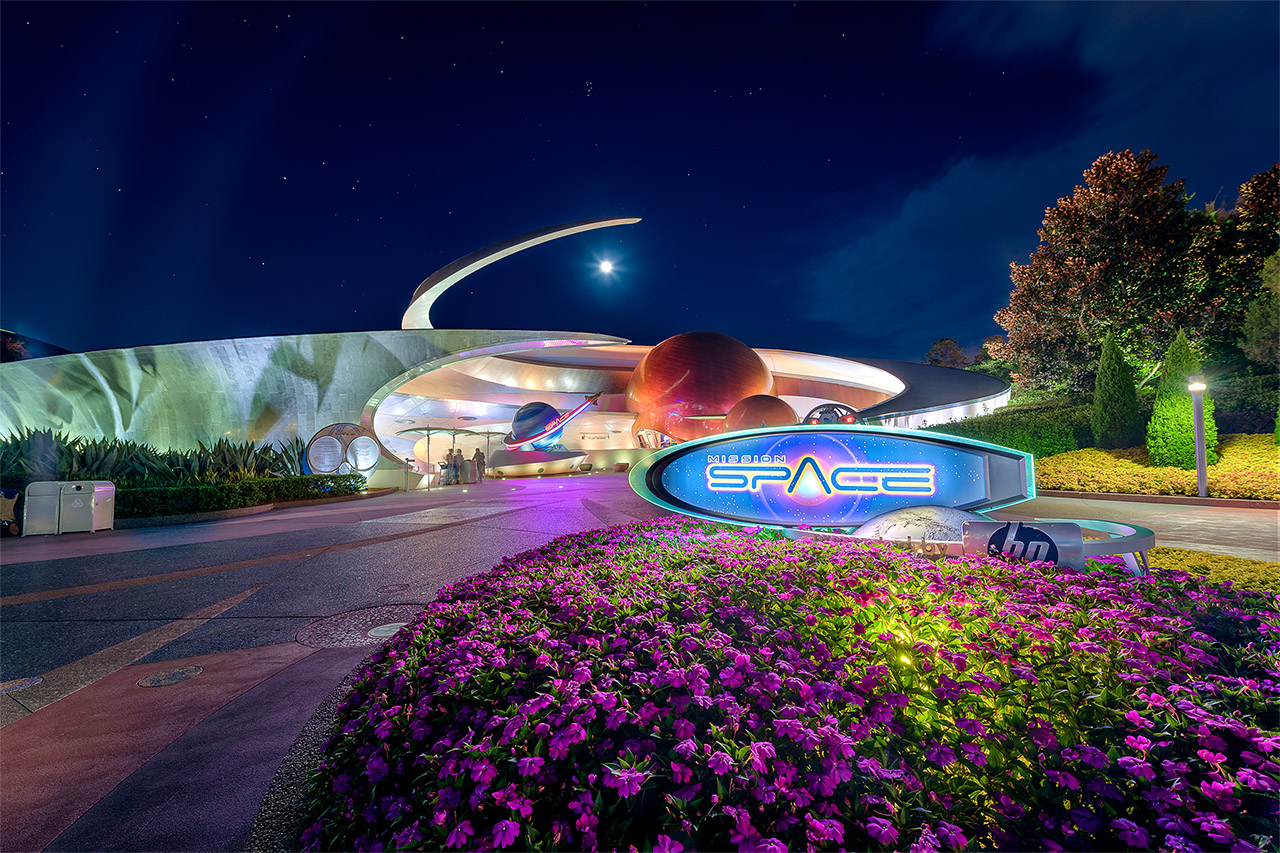 Mission Space for one reason or another has been a ride I have largely ignored shooting over the years. I think the reason for that is mostly just because the pattern I’ve shot Epcot in has usually had this area closed off before I could get to it. Only when I started shooting in this area right before closing have I managed to get any shots. This time however, extra magic hours allowed me the opportunity to shoot the area while the park was still open. Sure there were still people walking around but there were so few I was able to get plenty of shots around this area. With the moon rising over Mission Space I ended up shooting various shots and angles around here for about 45 minutes! I shot a lot of telephoto shots which I will share later which I used to make the moon appear bigger in relation to Mission Space but going through my shots this ultra-wide shot was the one that grabbed me to edit first off. At least now I will be able to fill out this hugely overlooked pavilion with various shots.

This was shot with the Nikon D810 and Nikon 14-24 2.8. It was a 5 shot bracket which I blended manually with luminosity masks using 3 exposures. I used my longest 30 second exposure as my base exposure and 2 other exposures, which I used for my sky and to fix highlights. I had some additional shots exposed just for the moon but at such an ultra-wide angle the moon was too small and just looked kind of stupid. Thus I decided to edit it as a bright glowing moon burst instead and I think it goes well with the Mission Space theme of the shot.