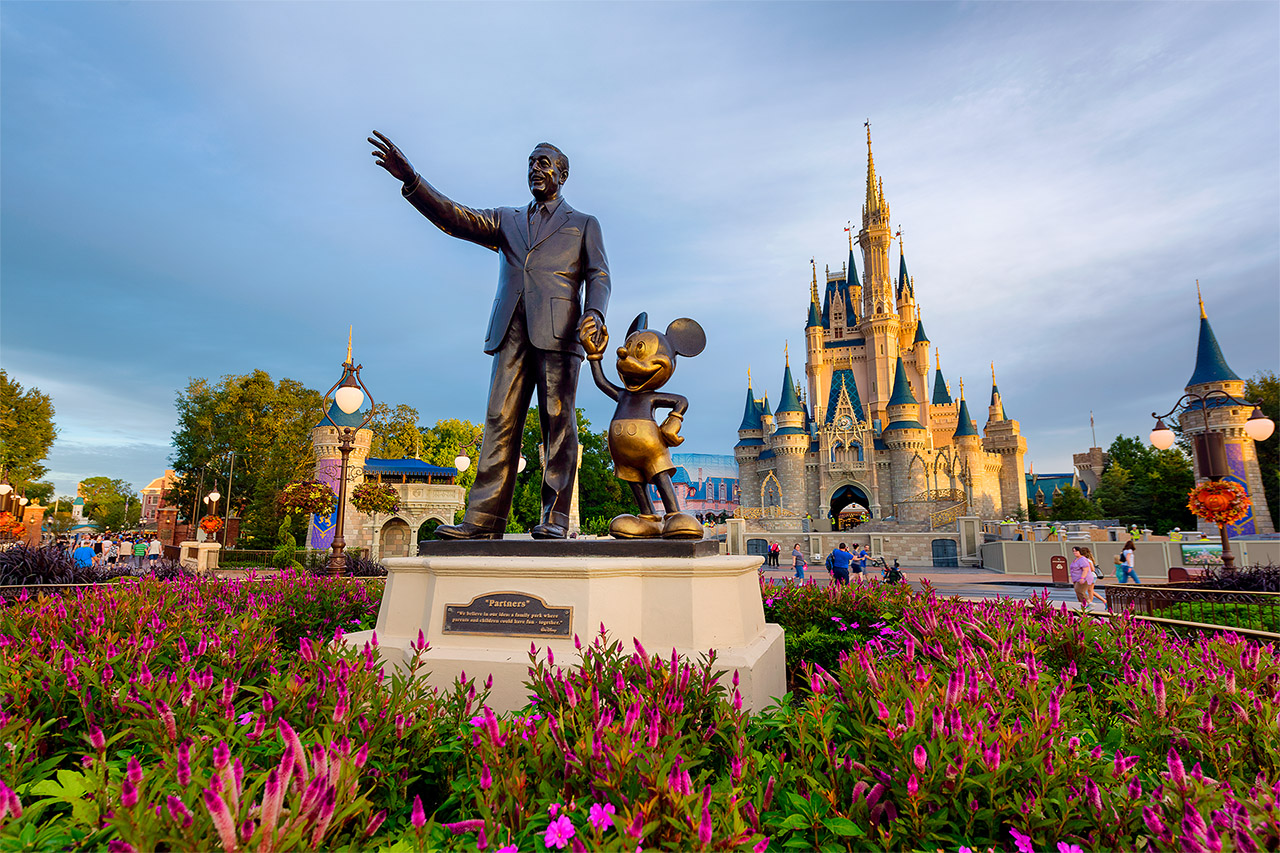 This morning the Magic Kingdom was opening early at 8am and it was also just before the time change. With these 2 factors I knew I wanted to get in the park right at open as there would still be some good light from sunrise, or at least I hoped there would weather permitting. On the bus ride over as were were approaching the park there was some absolutely glorious colored light I would have given anything to be in the parks for to photograph. Unfortunately the great colored light did not last long at all but once I was in the park there was still some beautiful golden light breaking through areas of the sky. It was starting to cloud up quickly as you can see in the photo but fortunately there were large gaps to the east for sunrise. I previously shared a shot of the great light that was coming from Tomorrowland but before that I took this photo where that gorgeous light was bouncing off the side of Cinderella Castle. I really love how golden it has lit up Cinderella Castle here allowing it to take on a somewhat different persona.

For this shot I was shooting and handheld and though I had a good light on Cinderella Castle and to a lesser extent on Partners the rest of the scene was somewhat dim. I shot a 3 shot bracket at F6.3, choosing to stop up from F8 to get a slightly faster shutter speed while still shooting at base ISO 64. While this isn’t quite as sharp as F8 and slightly less depth of field it’s not as big of a deal when shooting ultra wide with the Nikon 14-24 2.8 where the depth of field is huge even at F2.8. Shooting at base ISO provided me the most dynamic range in post that I felt I might need to properly process the shot.

Germany Pavilion After the Rain