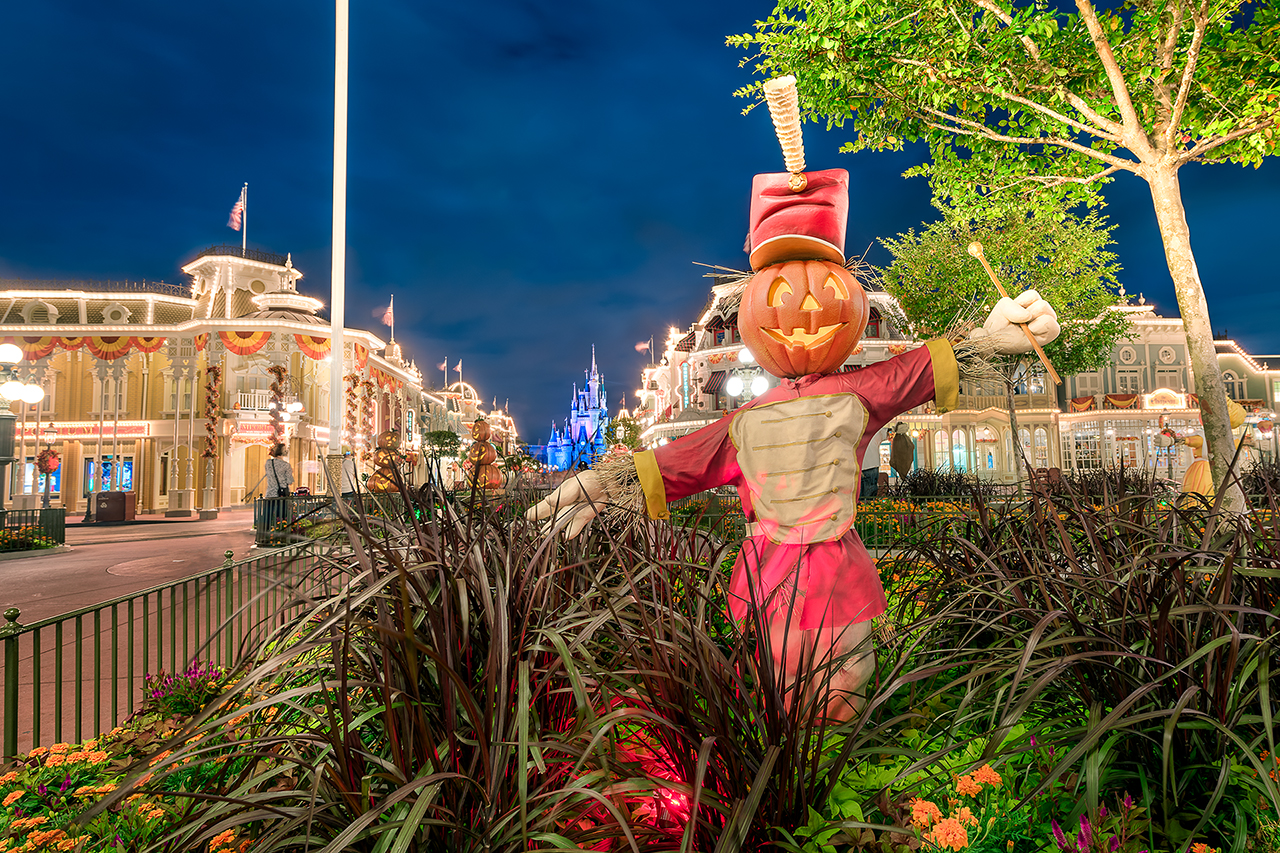 Today’s shot of the Magic Kingdom marching band leader is about as out of season as it comes but I’m going to roll with it. As I’ve mentioned before going to Disney World at the end of a season means either posting “out of season” shots or saving them for a full year. I’m definitely not going to do that so I just post out of season.

This was shot with the Nikon D810 and Nikon 14-24 2.8. It was a 5 shot bracket. There were people wandering around in the foreground of the shot that was distracting but fortunately I was able to mask them out using one of the other images. When I need to mask out using a different exposure it is actually quite easy. All the shots are separated by 1 stop so in order to match I simply raise the exposure to match and then mask. I usually will do this within 2 stops of the image I’m blending in to but will go as far as 3 stops if it’s a smaller area where the grain won’t be quickly noticeable. After eliminating the few people who ghosted in the foreground I blended 2 underexposures using luminosity masks to tame the highlights and create my base image. I next applied Nik Color Efex Pro Contrast followed by a color balance adjustment layer. I did some levels adjustments and tweaked the saturation levels. Denoising the sky and sharpening finish off this image per usual.

Has Anyone Seen the Living Seas?