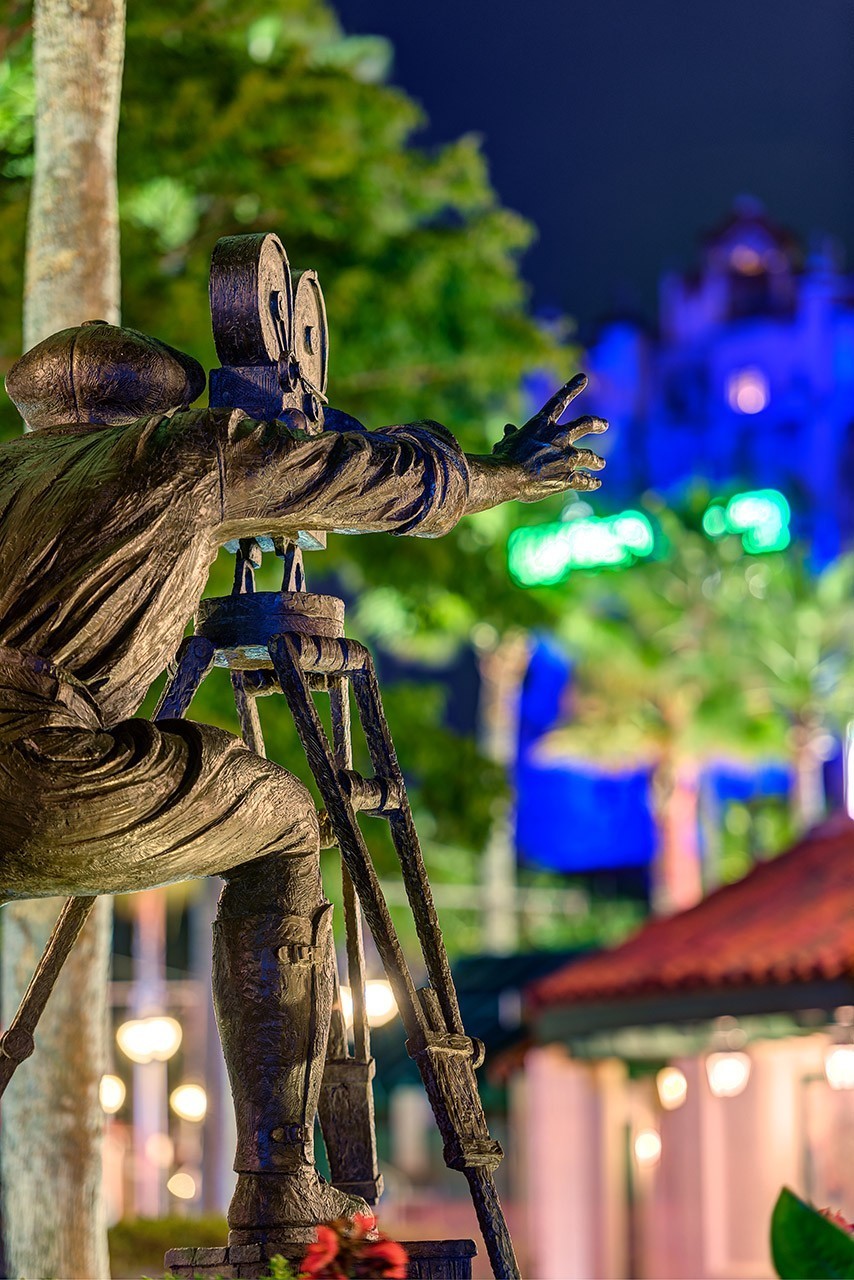 The very first night of my trip was extended magic for Hollywood Studios which meant that would be the park I’d be closing out that night. This worked out really well as I was itching to get shots of the Chinese Theater anyway.

The first day, at least for me and my wife, is always the most tiring however and she decided to head back to the hotel around 8 to charge up for the rest of the trip. I of course used this as an opportunity to wander around for 2 1/2 hours BEFORE the park had even closed shooting. The problem this presents however is all the people still in the park can limit the shots you can get if you want relatively people free shots. Not to be deterred I decided to utilize the Nikon 70-200 2.8 which allowed me to try out some more creative compositions throughout the park using various angles to get interesting shots people free even with the park quite crowded. This was actually one of the very first ones I tried and perhaps my favorite of the night. Enjoy.

Be Our Guest’s Wishes of a Magic Kingdom