Let’s All Make a Wish 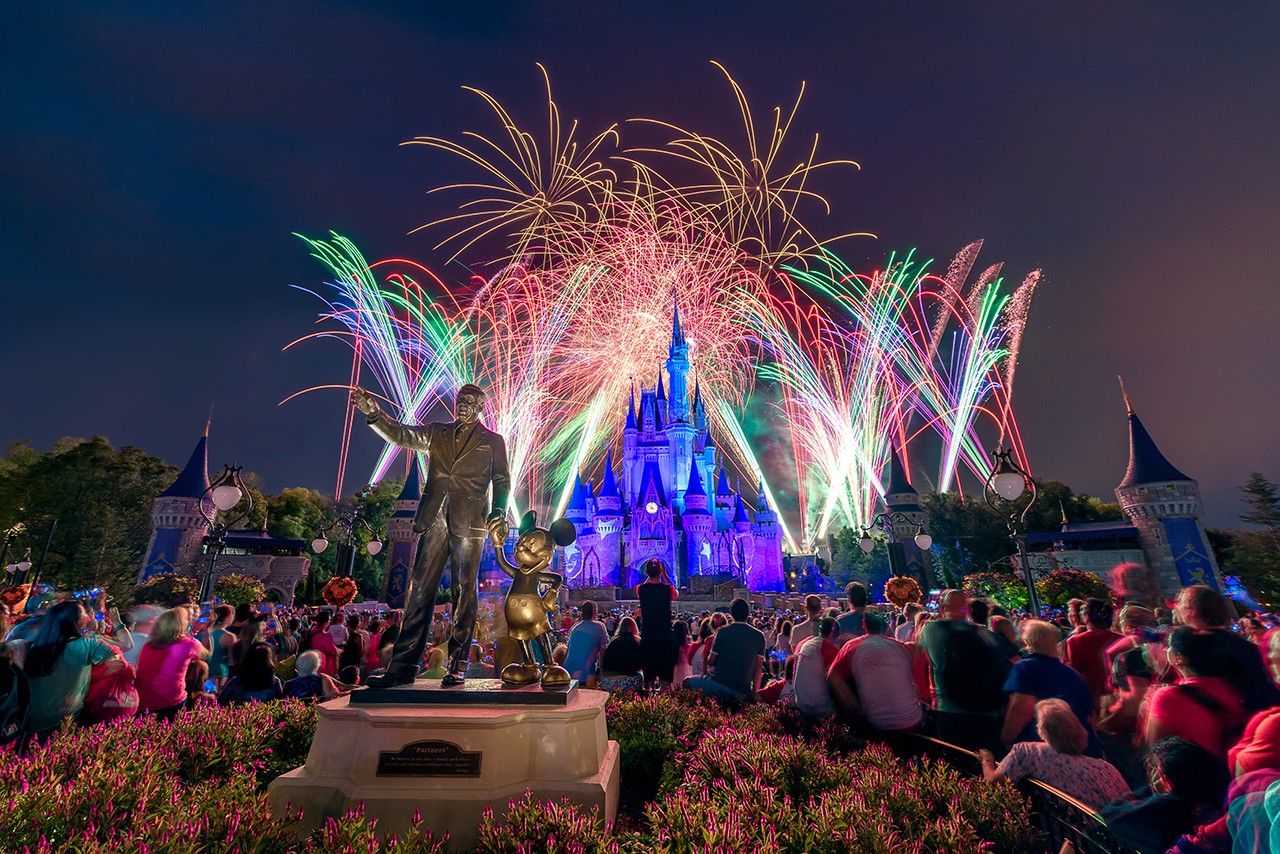 I have to admit I’m a sucker for the classic Wishes shot in front of Partners. I’m not a big fan of the 2.5 hour wait to pull it off however. When I arrived this area already had people sitting at almost every spot around Partners. I was just able to get a spot, though I wasn’t able to sit down to wait however as the family sitting next to the open spot decided their gift bag needed a spot more than an actual person. In fact they seemed quite bothered I setup near them at all, but I figured they’d get over. Funny enough a nice family from the UK showed up a bit later and long story short they moved their bag and moved a bit further down. I have to give props to them as well as the people to my right as they could have easily opted to stand in a way that would have blocked my shot but they were nice enough to give me the little spot I had zoned off.

I especially wanted to shoot here now that I had an ND filter for the Nikon 14-24 2.8. I’ve shot from here with that lens before but I’m really not a huge fan of the results I got sans ND. I shot this using a Progrey 7 stop ND which allowed me to shoot this extra long exposure, which was 114 seconds. Since I had such a strong filter I shot at f4.5 to have a brighter exposure on the foreground and crowd. Shooting so wide (14mm) this isn’t really a problem either as everything is still pretty sharp and in focus. Ultimately I’m really happy with the Nikon 14-24 2.8 and Progrey ND filter combo. I got several shots from Wishes I was happy with and several from Illuminations earlier in the week. I’ll be sharing them over the next few weeks so stay tuned.

Don’t forget to sign up for my newsletter! Everyone signed up to the newsletter as of November 30 will be entered to win the WDW Magazine 2016 Wall Calendar!

The Blue Monorail Sails Through an Epcot Sunset