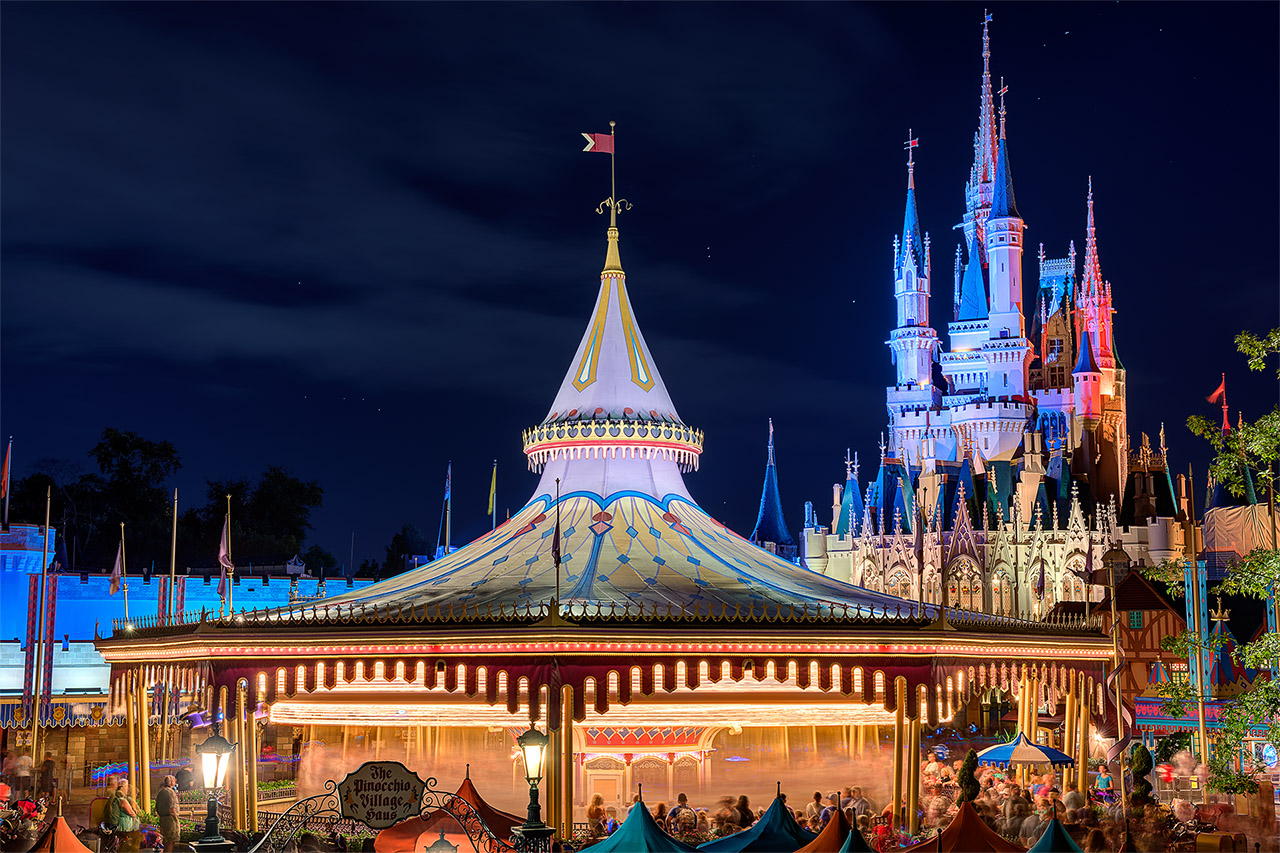 In the past I have not done a ton of shooting in the parks during “operating hours” choosing to save most of my shooting for night time after hours. This is especially true in Fantasyland where crowds are usually quite heavy. This trip however I tried to do more shooting when the park was open. As I still don’t want people causing distraction in my shots this made me really search for some new angles and vantage points to take shots and keep people as a distracting element in my shots to a minimum. I decided to go up to the balcony at the Pinocchio Village Haus as this would give me a vantage point up above the crowds and I figured I could find some shots that would eliminate them completely or at least keep them at the bottom of the frame. I initially tried out a few frames with my Nikon 70-200 2.8 but found the zoom too tight for what I wanted to accomplish. I decided to switch to the Nikon 24-70 2.8, a lens I don’t use nearly as much as I should, for a nice mid-range shot and ultimately settled on this framing at 48mm. In other words, this may be a great spot for those of you trying to get some use of your nifty fifty. Ultimately I was very happy with how this Fantasyland shot turned out as I really was able to keep the people from ruining the shot and mostly avoid the construction at Castle Couture.

This was shot with the Nikon D810 and Nikon 24-70 2.8. This was a 5 shot bracket which I ended up shooting twice. The first time I had it set to fire all 5 in sequence and the carousel quit spinning mid way through. The second time I did each shot manually so I could make sure they each captured the movement of the carousel. I didn’t do a lot of post processing on this one just some standard levels adjustments, color balancing, saturation adjustments and sharpening.

The Curve of Spaceship Earth

Travel Under the Living Seas