Jellyrolls After the Storm 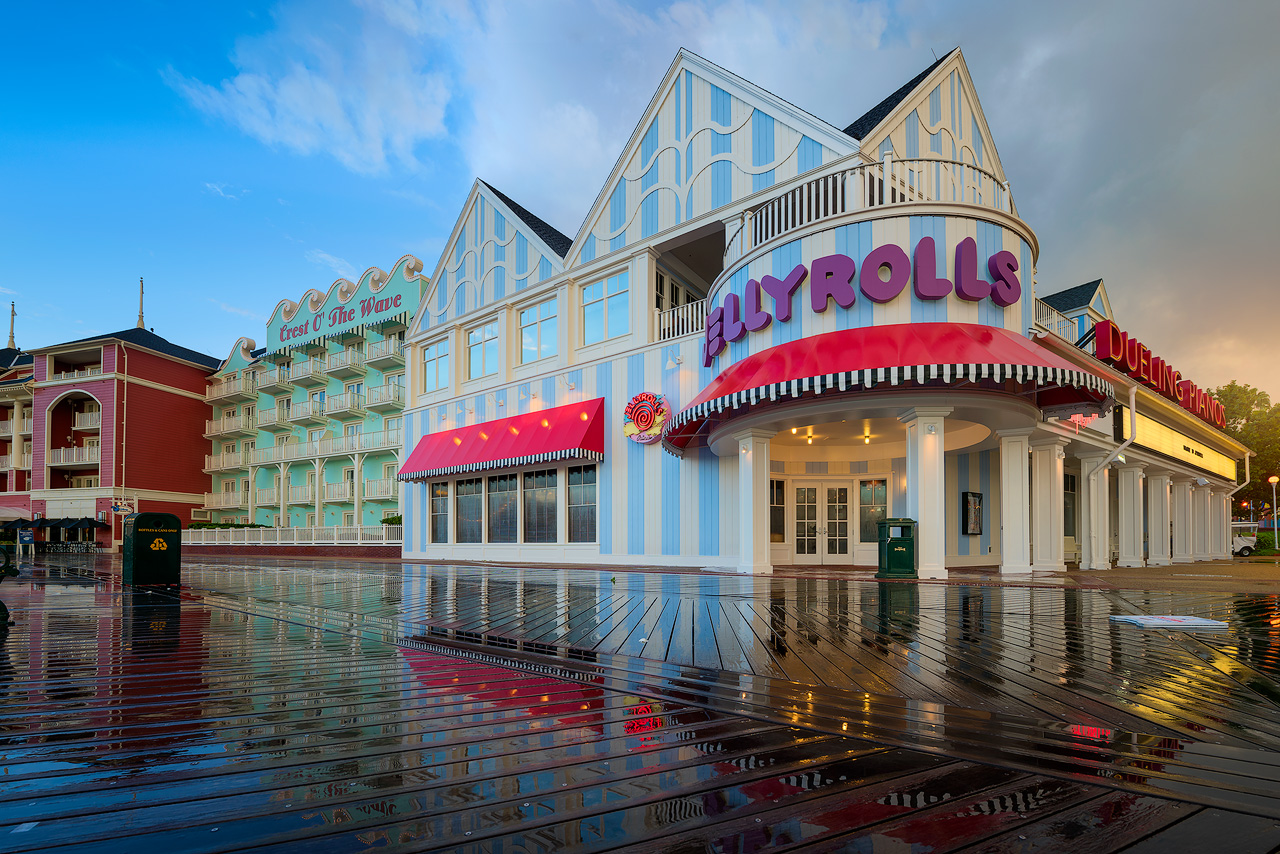 The evening before we left Walt Disney World early to avoid Hurricane Matthew we were already starting to get some occasional bands of strong storms. This one came through with very strong rain and I feared it would not clear in time for sunset. Fortunately, it did and just before sunset really began I took this shot with the Boardwalk nice and soaked from the rain. I really love the look of the planks with the water and even more the contrast of the clear sky on the left and the clouds on the right from the storm that had just pushed through. Even better they were starting to break up and I got a little bit of golden light on the right. It actually turned out to be quite an epic sunset, but more on those photos later.