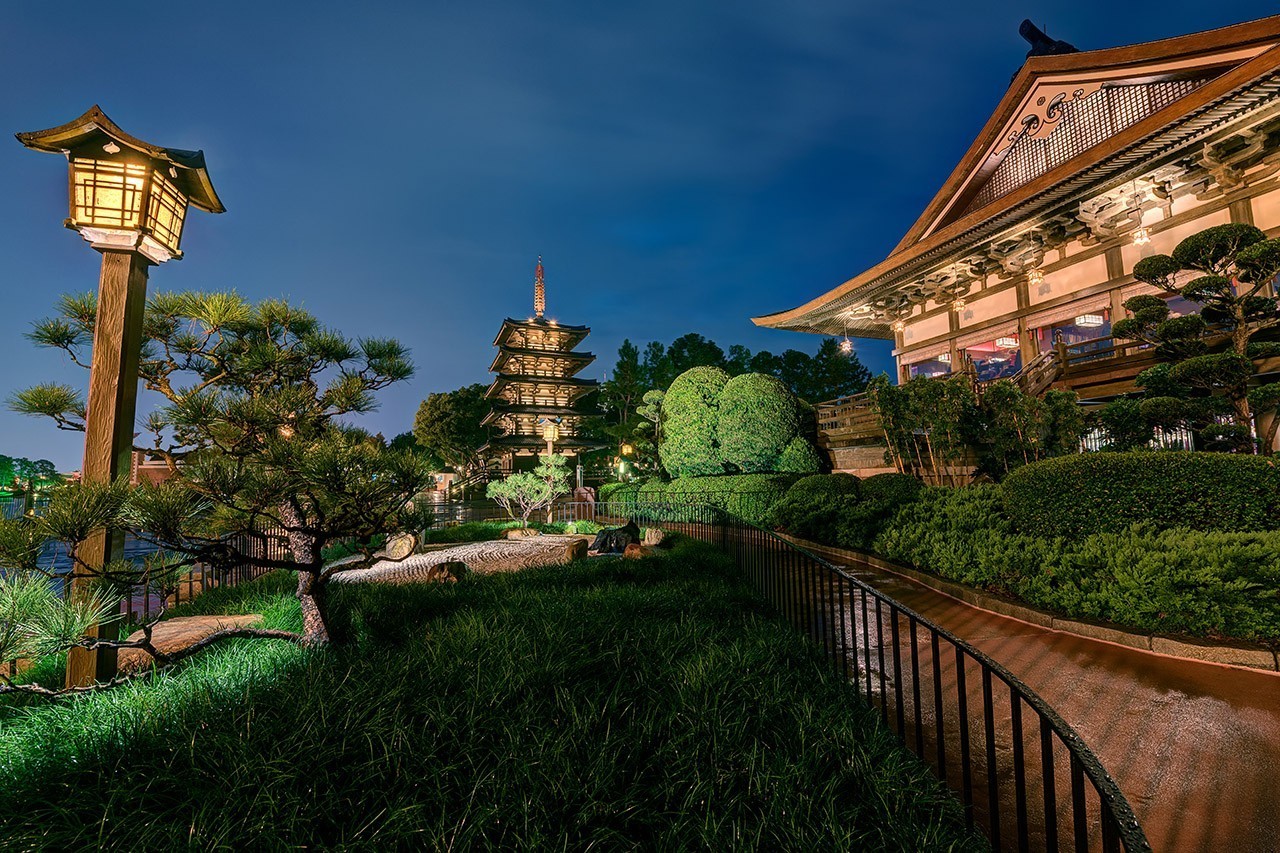 This was my first shot after the epic downpour during illuminations. The rain had subsided but was still drizzling. This prevented some unique shooting challenges for the night. I bracket my shots and often use remote mode so that when I press the trigger on my remote it will shoot all the shots in my bracket sequence back to back. This is really nice when you are shooting an area that is emptied and you are not shooting around people. It is not useful however when you need to shoot between gaps of people or in this case rain is constantly falling on your lens. To combat this I shot most of the night using the single shot mode. This allowed me to take a shot in the bracket and then wipe the lens with my micro fiber cloth in between shots. In addition to the rain, the extreme humidity was causing fogging on the lens which also had to be dealt with. Wiping the lens of course did not prevent my shots from having rain spots when the rain the lens during an exposure. What it did do however was allow each shot to have those rain spots in different spots on this lens. Additionally when I was dealing with the spurts of rain I would take 2 bracket sets instead of one. This allowed me to create spot free images using masking and then blend these images together spot free. You’d never know they were even there!

Now all of that probably makes it sound like a much larger pain than it actually was. In truth I only had to do this for about 1/4 of my images. On shots where the camera was angled more towards the ground, as opposed to this shot where I’m angled up at the sky, rain drops were not really a problem. Still, it is good to be prepared for and know how to deal with the elements so they don’t end up ruining your shots. I probably sound like a broken record now but once again this shot was taken with the Nikon 14-24 2.8. The settings were ISO 64 at F8, 2 5 exposure brackets.