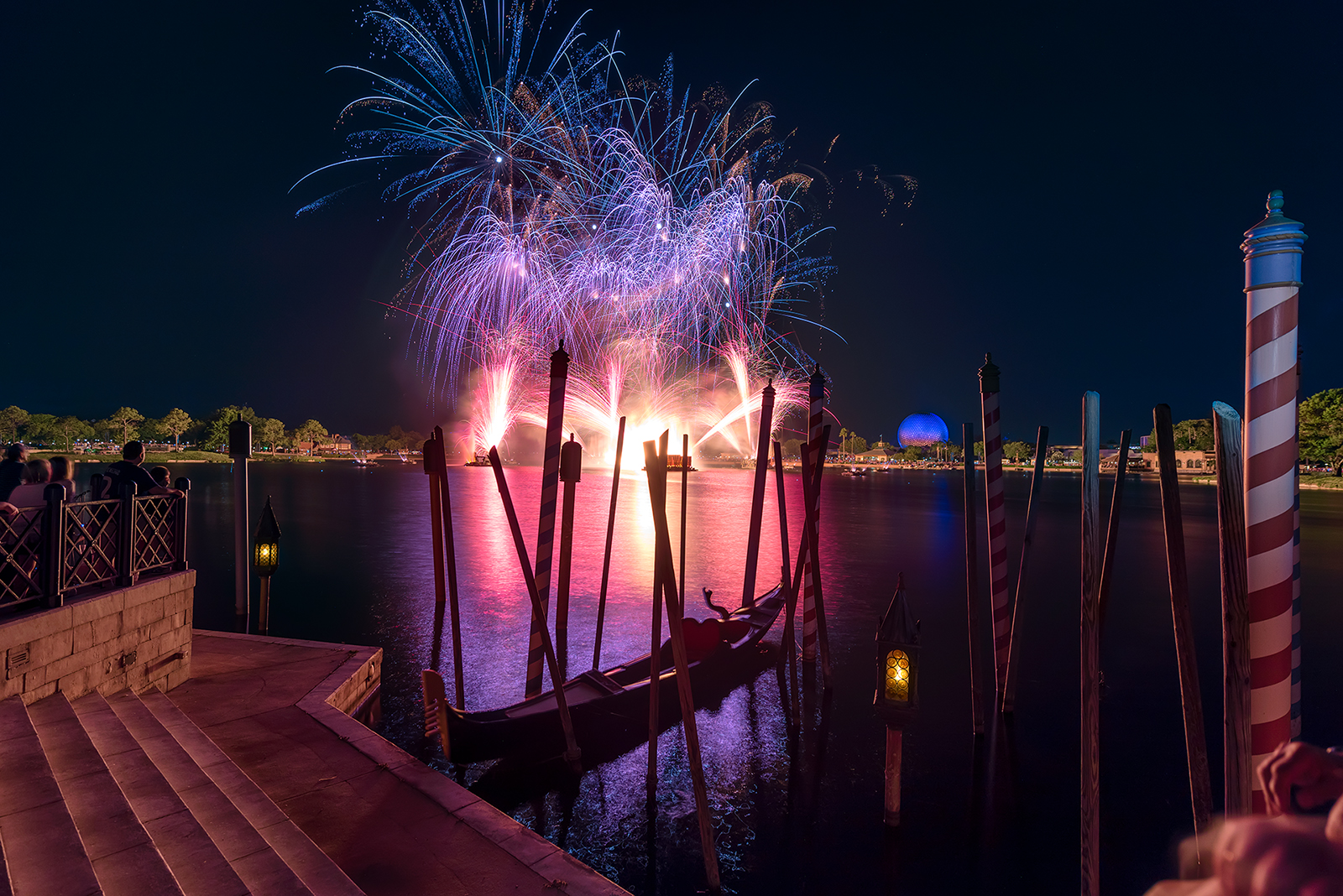 It has been a while since I’ve done a fireworks image so I figured the time was due. This shot was taken from the Italy Pavilion and is a series of bursts near the beginning of the show.  I used a 6-stop ND filter for the show and this particular exposure was 40 seconds. Just prior to the show starting I decided to take an exposure for Spaceship Earth as I remembered the lights aren’t on it during the show and I think it doesn’t look so great for the photo. I masked in SSE so that I have the fireworks and a nicely colored and illuminated (haha) Spaceship Earth. This exposure also had the foreground lanterns lit whereas they are off during the show so I masked those in as well to add a little bit more interest. To me it’s all about the little things that add up to really make a complete shot and help them to stand out.

Spaceship Earth from Below

The Way of the Future