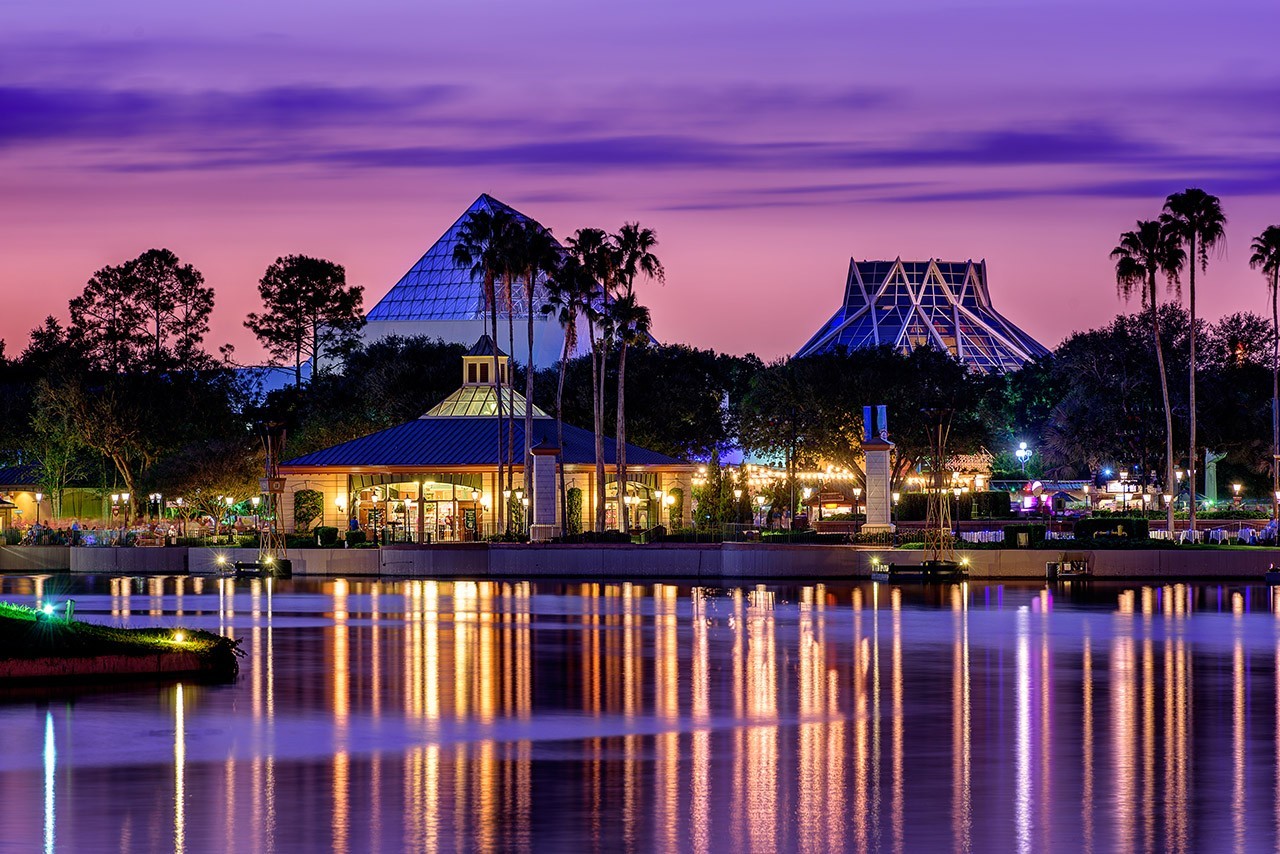 After a great sunset in Magic Kingdom the day before I was hoping for similar results my next day in Epcot. I decided to start shooting from in from of Spaceship Earth as the sun was still bursting above the trees and then made my way over to Future World West and along the International Gateway chasing light the whole way.

I had met back up with my wife to sample some more of the foods from the Food & Wine Festival after what I thought was the end of the show. Suddenly as we were walking around there was a wonderful burst of color on the horizon and I quickly looked for something interesting to take advantage.

I’ve seen plenty of wide shots across the lagoon of the World Showcase and while they can be nice, most are ultimately just pictures of a nice sky and water with little context to where it’s taken. With that in mind I opted for the Nikon 70-200 to bring Imagination and the Land of Future World West up close to star in the shot. I usually check all my shots after taking them, and I don’t always know if I’m going to like a shot til I get it into post but this was one of those shots even as I was taking it, and especially after previewing it on the back of the camera, I knew I was going to love it. I hope you do too. Enjoy.

Be Our Guest Sunset