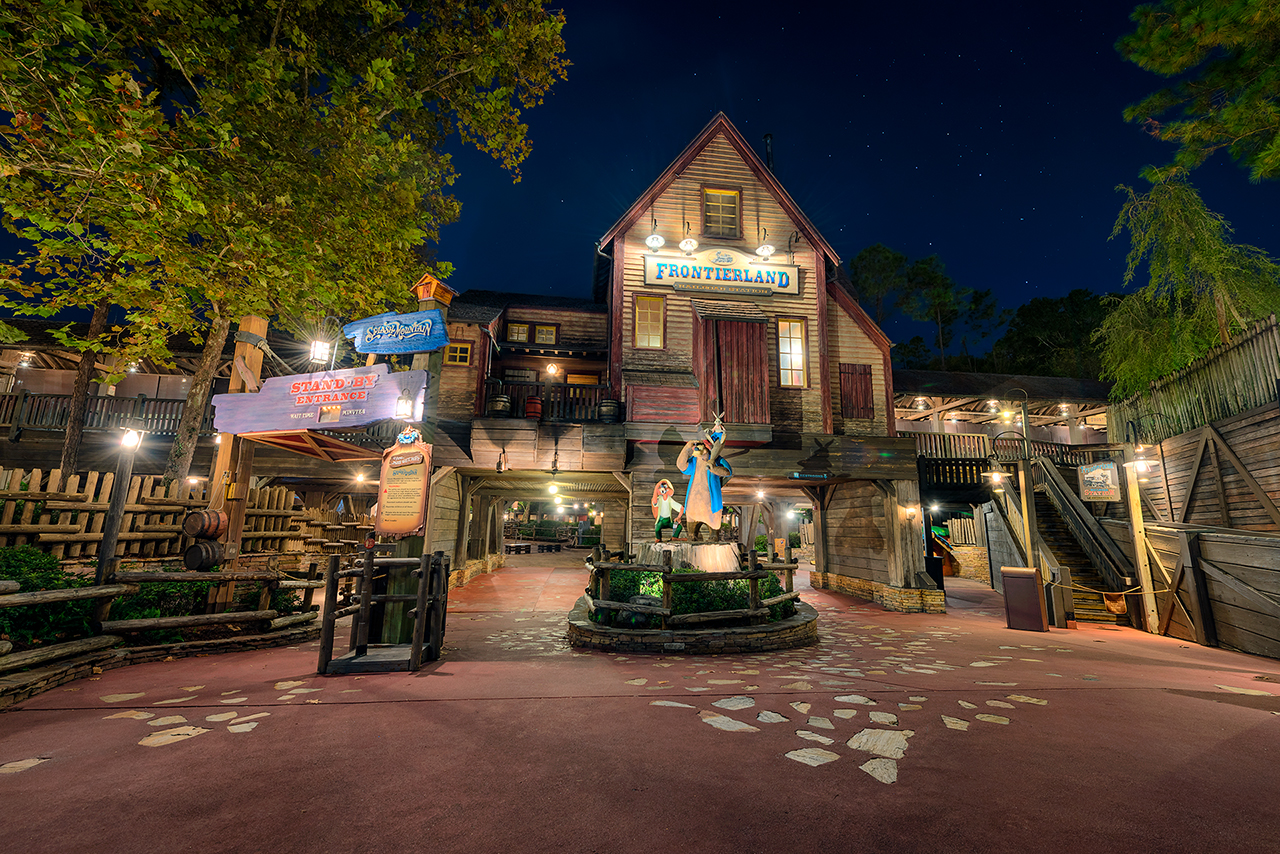 I always have trouble naming shots like this where they are multiple elements of different things in a single shot. You have the entrance to Splash Mountain as well as the Frontierland Railroad Station but I opted to just name it after the station as that’s really what the photo is mostly of. Ultimately it doesn’t really matter except for SEO which I try to be at least somewhat mindful of. Honestly it’s something I struggle with and I’m sure I could increase exposure to my site if I was better at it but, eh, it is what it is.

This was shot with a Nikon D810 and Nikon 14-24 2.8. I used a single 15 second exposure as my base exposure and then used a luminosity mask to blend in highlights from an underexposure. I used Nik Color Efex Pro Contrast to give a bit of contrast and pop along with color balancing the foreground. I added some additional saturation and vibrance via adjustment layers and then did some levels adjustments with luminosity masks. To finish off I did some dodging and burning, denoised the sky, and sharpened the foreground. Oh and of course I used my stars trick to make the stars pop a bit better.

The Colors of Tomorrowland