Entry to the Kingdom 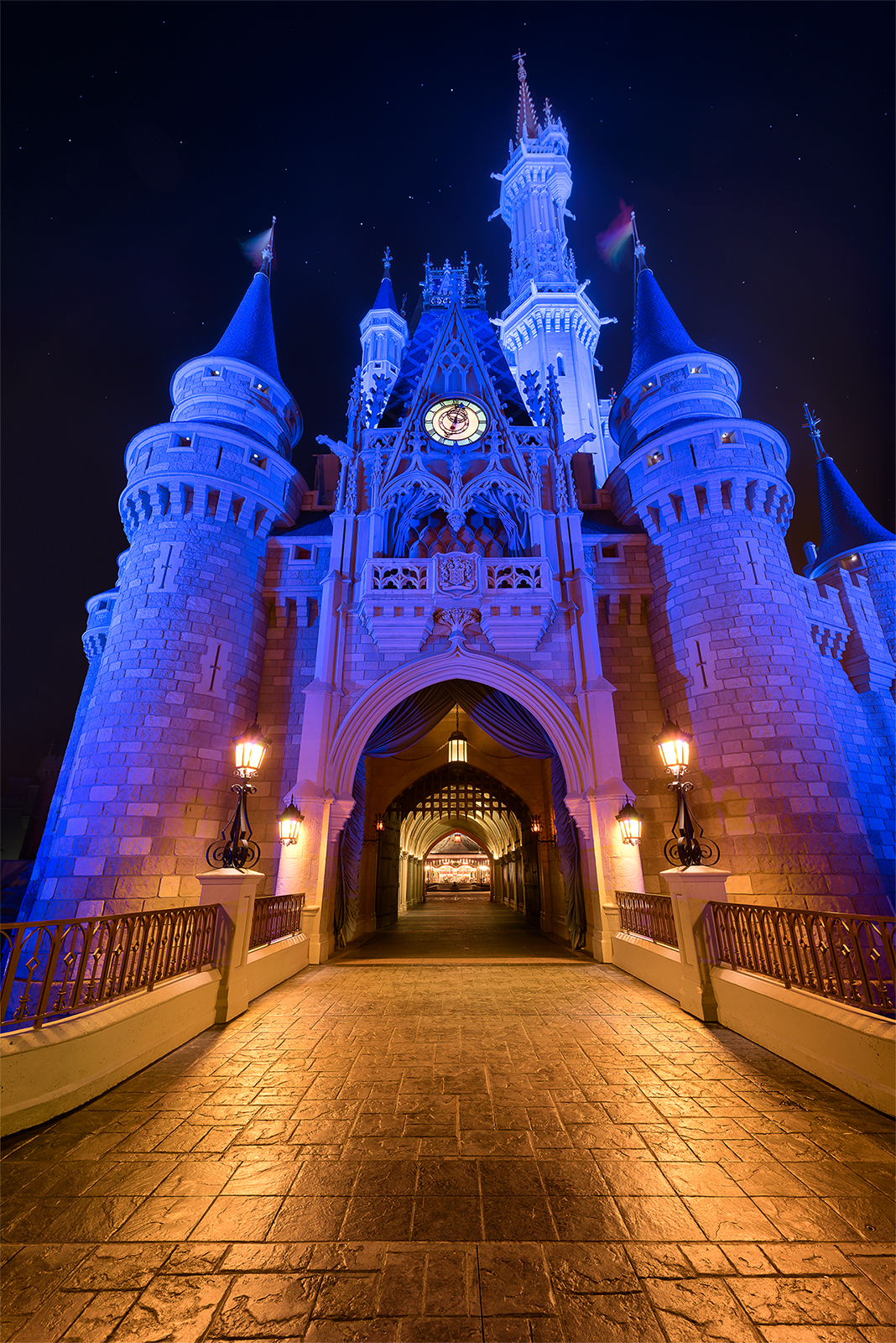 I’ve done a similar shot before but I didn’t include as much of the pathway through the castle and I was little further up. Perhaps most of all this was shot during the Kiss Goodnight which is the only time I know to get such deep color on Cinderella Castle with the twinkly lights. Toss in some stars in the sky and I think it adds up to my best version of this shot yet. To get this shot I was pressed all the way up against the wall to the stage. I used my widest lens the Nikon 14-24 2.8 in a vertical position obviously.  Since I last tried this shot I switched to a Really Right Stuff ballhead and L-plate. Using the L-plate really helps with vertical shots like this. On my old setup I used to get slippage so I could only shoot short periods without messing up the shot. The RRS setup has really allowed me to take way more vertical shots without having to worry about this.