Donald Duck’s Moment in the Lights 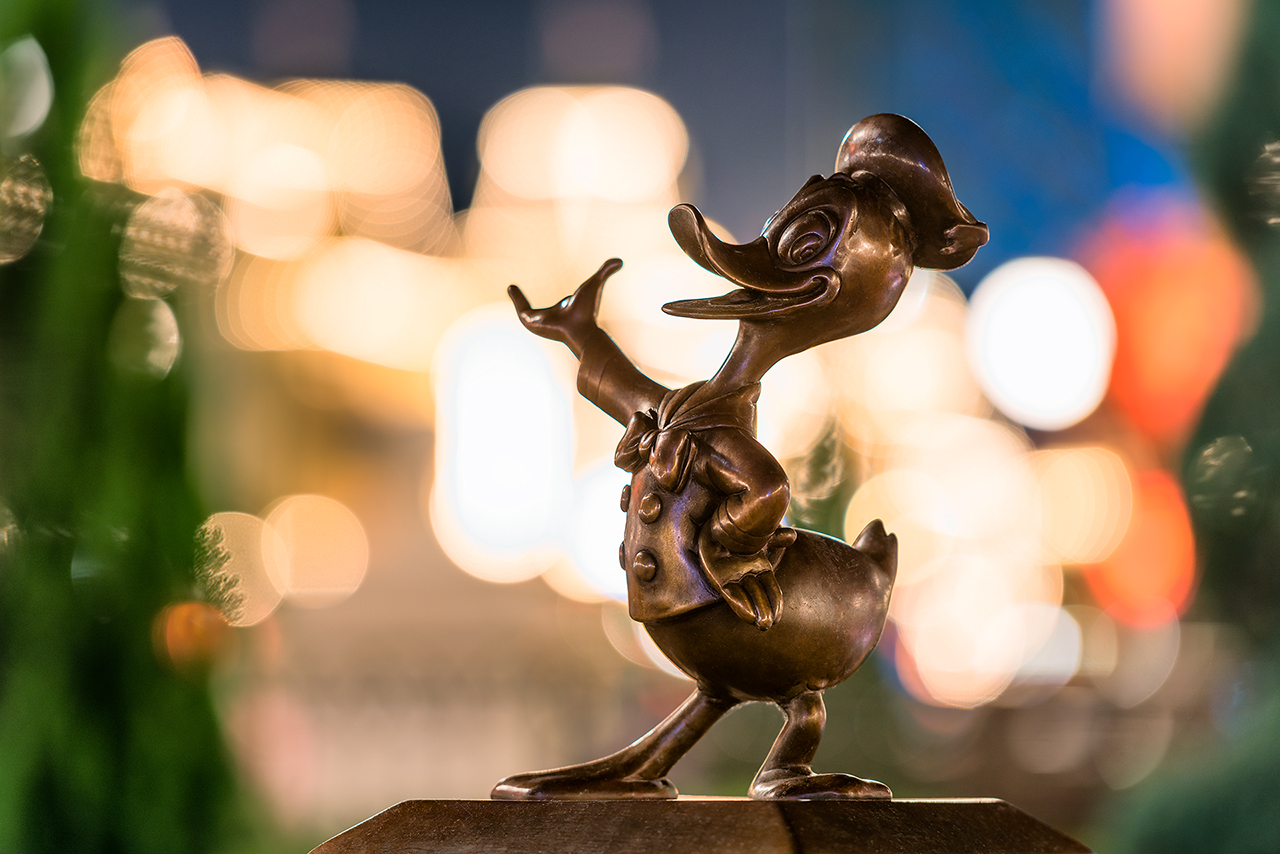 It’s been a while since I’ve done one of these little statue shots so I decided to give this one with Donald Duck a go. This is actually one of my favorites from the statue series as the light bokeh behind him turned out just wonderful. I too love his pose as if he’s showing you the lights.

This was shot with the Nikon D810 and Nikon 70-200 2.8. I shot with the Nikon 70-200 so that I could stand a ways away from Donald and really compress the lights from Main Street USA and make them seem like they are right behind him. I shot at 175mm and used F2.8 to turn the lights into the wonderful bokeh behind him. Even though this shot looks bright the light around the statue is actually quite dim. Thus I actually used a small pocket flash light to illuminate Donald for the most accurate focus prior to taking the shot. When it came to editing I double processed this shot. I edited the shot once for the background and then again for the foreground and masked these together in Photoshop. I then applied Nik Color Efex Pro Contrast and Color Contrast. I did some levels adjustments and color balanced the background. I then boosted the vibrance and saturation before finishing the shot off with my 2 pass sharpening method. Sharpening was applied only to Donald and not to the background.

Be Our Guest Wishes Part 2