Home Disney Day Fades on the Rivers of America
Disney

Day Fades on the Rivers of America 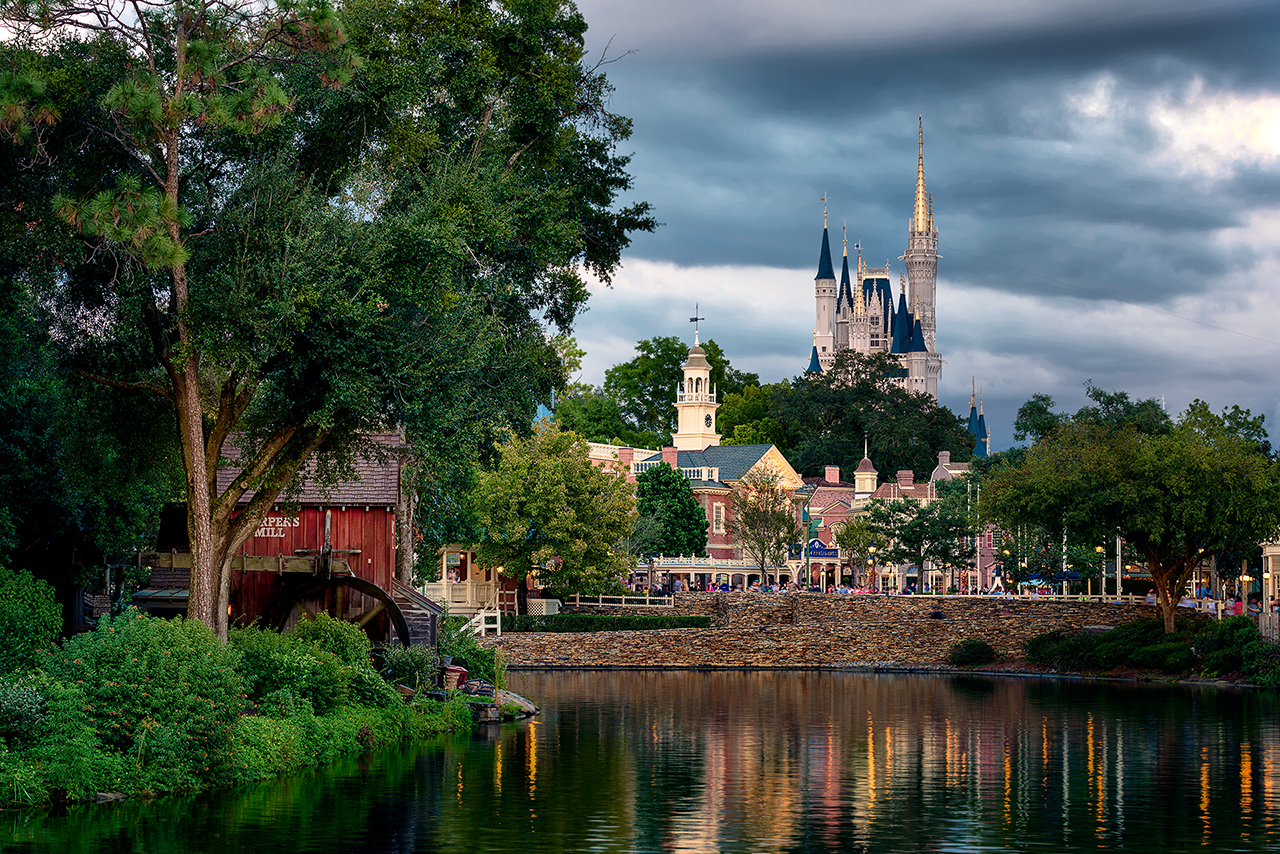 What had been a really good sunset had basically already faded behind me at this point so I turned my direction from Splash Mountain towards the Rivers of America. What I really like about this shot is you get some of the elements that come with night time such as the reflected lights in the water. The clouds help add a moodiness to the image as well that helps it feel more unique than a regular day or night shot. The only thing I might have done differently is taken a few steps to the right so the full Harper’s Mill text was shown but ultimately I don’t think it really matters. I just like to be hyper critical of my shots sometimes (most the time).

Shooting & Editing Day Fades on the Rivers of America

This was shot with the Nikon D810 and Nikon 70-200 2.8. I used a single exposure for this shot. The majority of the work on this shot was once again dodging and burning. The power of dodging and burning when done right to take even a plain photo and make it at least mildly interesting is something not to be ignored. I touch on this some in my video series but I think I need to do a new video soon focusing just on dodging and burning.

The Sun Sets on Be Our Guest