Compass of the Dreamers 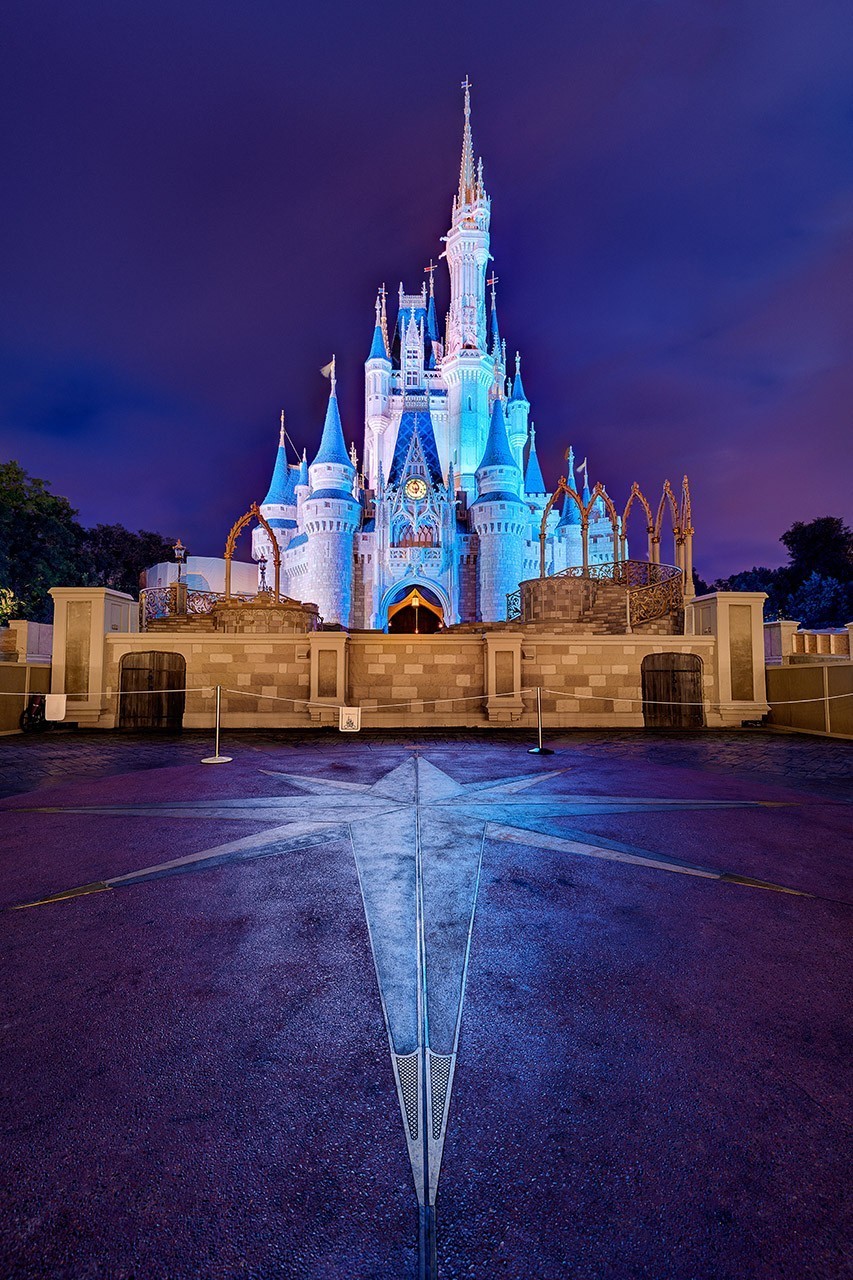 No trip to Walt Disney World is complete without Cinderella Castle photos. Unfortunately with construction on the ramps and bridges as well as the Castle Couture this made photographing the Castle in a way that was still appealing a bit of a challenge. Through most of the Cinderella Castle pics I post from this trip there’s no doubt you’ll still be able to see bits of the construction here and there but I’ve shot these photos in such a way that I believe it minimizes and in some case completely hides the fact there was construction underway.

Finally as I often do with a shot like this I used focus stacking in addition to bracketing. For those unfamiliar this involves taking a series of shots with different focus points at varying distances from the camera. In this case I took one series of shots with the focus point towards the front of the tip of the compass and then another series focused around mid way up Cinderella castle both at F8.

Why not just shoot at an aperture with a larger depth of field such as F16 or even F22 you may ask? Well typically the sharpest results your lens will produce (and I have confirmed for my lenses) is around F8. Furthermore as you continue to stop down to F16 and beyond you begin to introduce diffraction which actually decreases the sharpness of the resulting image! Therefore in instances where I can take the time the ideal way to create a shot that is tack sharp from front to back is to take the multiple shots with different focus points and then stack and blend them in post. It does take a bit of extra time both in shooting and processing but the end result is well worth it, especially when viewing at higher resolutions. Enjoy.