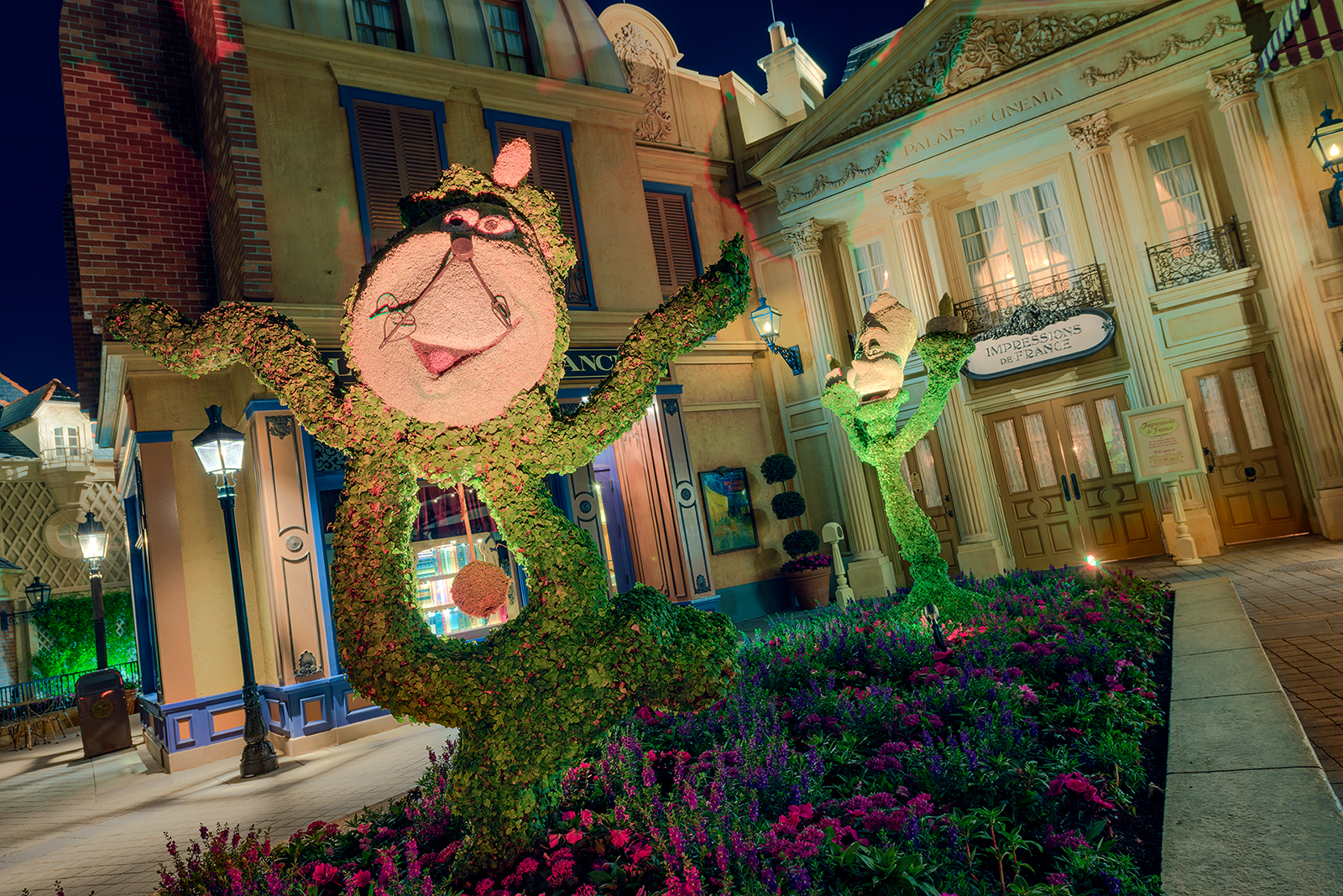 One of the most difficult parts after a new trip is simply deciding which photos to work on. Even worse I tend to blaze through a bunch of edits immediately after a trip and then I have difficulty deciding what order to post them in. I guess ultimately it doesn’t really matter but I try to spread out my absolute favorite shots from the trip as opposed to posting them all up front. That’s not to say the other stuff is bad. I never post the ‘bad’ stuff, but I think we all have those couple shots from a trip we consider home run shots. These are the shots I try to spread out among all my other shots from the trip. This way too as long as I’m posting hopefully you’ve got something to look forward to.

This is a pretty standard Flower & Garden Festival shot of Cogsworth and Lumiere. Beauty and the Beast is my favorite Disney animated film so of course I spent more time in this area than any of the others. I felt a completely level shot wasn’t working here so I added a bit of tilt to compliment Cogsworth’s stance. A side shot works best here too so you can get both Cogsworth and Lumiere. I’ll mention the one editing difference for this shot was once again Disney has this weird obsession with blue lighting that looks OK in person but photographs terribly. It’s easy to combat though with a simple warming photo filter adjustment layer. Everything else was my standard editing procedure.