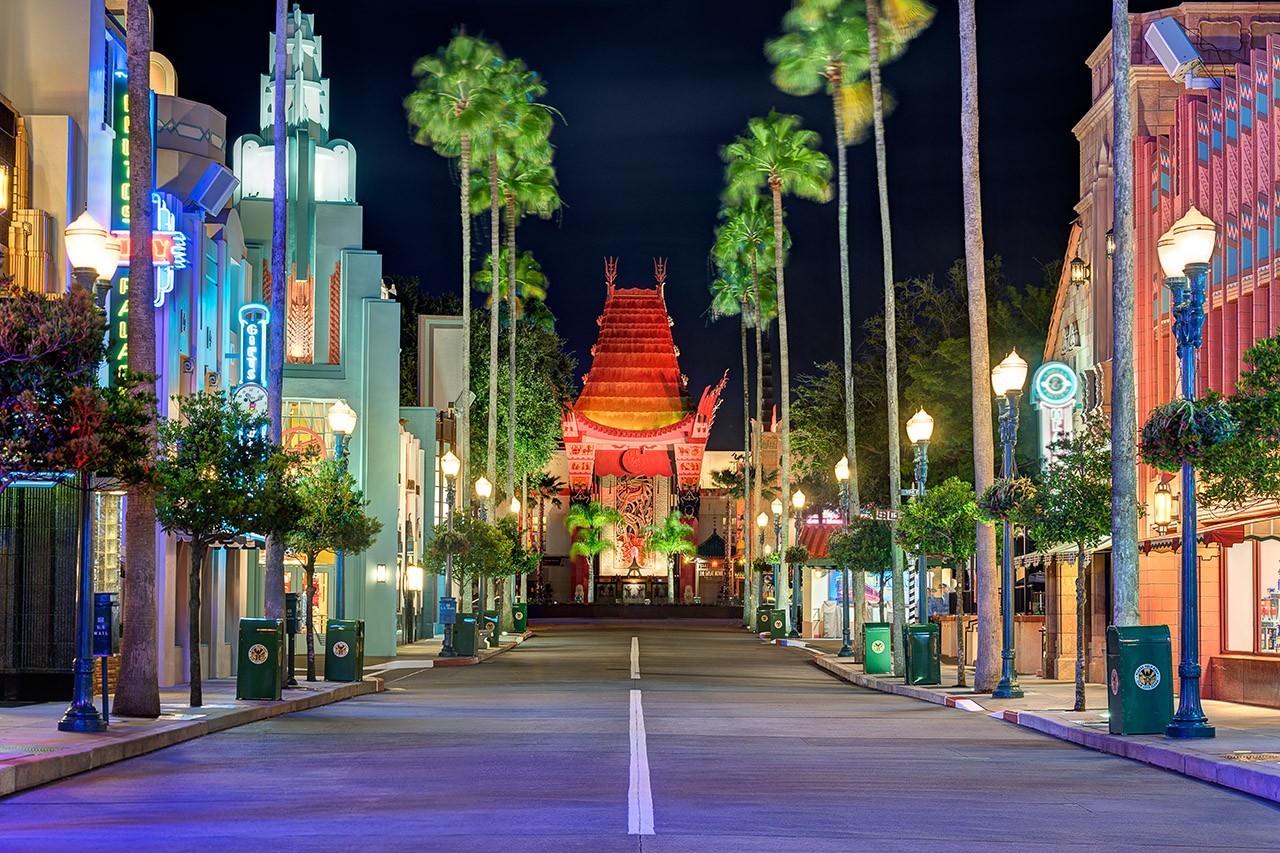 I shot just one night at Hollywood Studios this trip and even that seemed almost excessive. As more and more has been shuttered what remains is a bunch of stuff I’ve already photographed so many different ways it just feels stale.

Well, that is of course except for the return of the classic unobstructed view of the Chinese Theater. I still shot other stuff throughout Hollywood Studios but honestly my main focus was different shots of the Chinese Theater. I’m very happy to have shots of it now and with all the upcoming construction at Hollywood Studios I feel like I’m mostly done shooting the studios until all the new stuff opens. I just can’t see my self staying to close out the park again until something new and fresh is there.

Now for this shot I had already seen a few people shoot it wide so I wanted to do something different so I shot it with my Nikon 70-200 to create some compression down Hollywood Boulevard. I think I actually prefer it this was as it really makes the Chinese Theater feel closer and larger instead of appearing miles away. Either way you can’t go wrong with this classic view that made me think back to the days when I was kid visiting MGM Studios in full form. Enjoy.

Be Our Guest’s Wishes of a Magic Kingdom