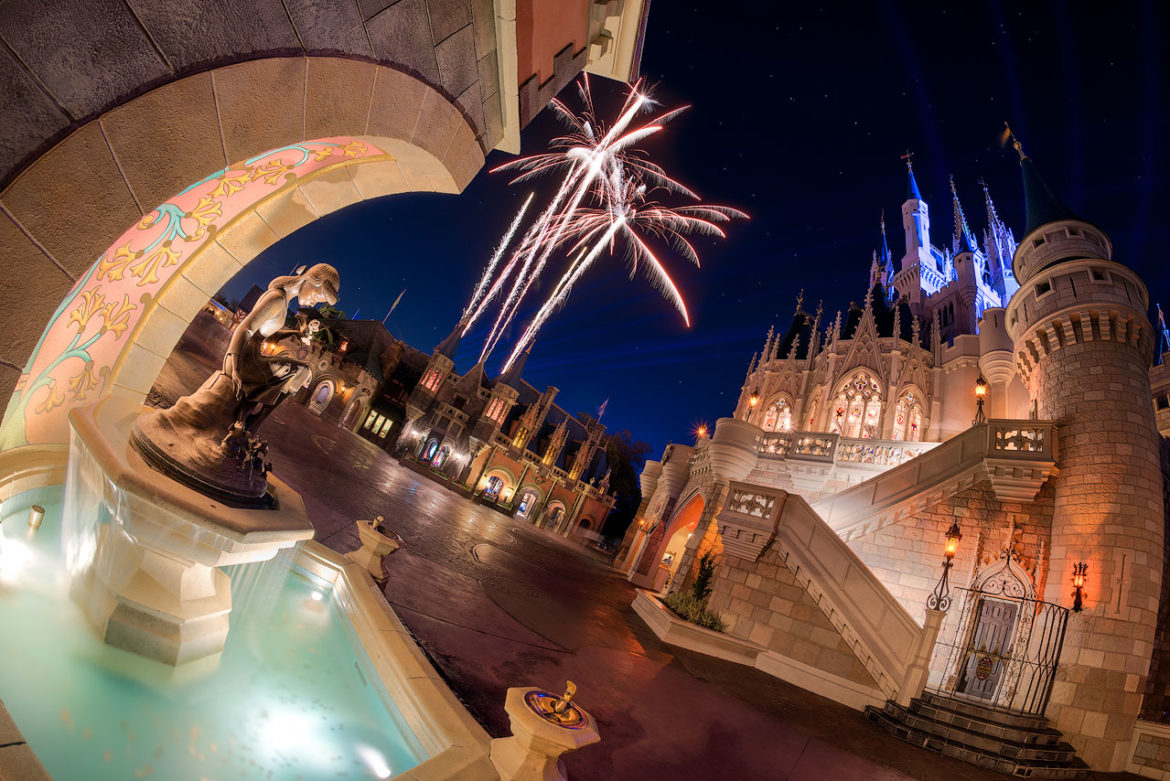 This most recent trip to Walt Disney World was planned to be chill from a photography stand point. While I obviously shot photos, it was at the bottom of my priority list. In fact, I only closed out the park one of my three nights there. This night at Magic Kingdom was not one of those nights but I still like my images people free, so I had to come up with something else. What I decided to try was doing multiple brackets of the same shot and then using a method called median stacking to stack those images in Photoshop and hopefully be able to remove all the people. In all I ended up using 4 different bracket sets to create my stack that allowed me to remove nearly all of the people, most importantly all of them in the foreground.
I got the idea for this shot from a shot I saw from Cliff Wang. Never wanting to be one to just copy a shot I’ve seen, I not only tweaked the composition a bit but opted to try this out during the Once Upon a Time show. This allowed me to not only capture Cinderella Castle with a more neutral and rare color scheme but also capture lasers and fireworks to include in the shot as well. The total time spent capturing this image was around 20 minutes and was one of only 3 shots I took my entire evening in Magic Kingdom. While that’s quite low for me this ended up being one of my favorite shots I’ve ever taken in the Magic Kingdom, and definitely one of my best from the backside of Cinderella Castle. Quality over quantity as they say. I hope you enjoy viewing as much as I enjoyed creating it!
cinderellacinderella castledisneydisney worldfireworksmagic kingdomnightNikon D810once upon a timerokinon 12mm 2.8starswalt disney world
0 comment 2 FacebookTwitterPinterestEmail

Circadian Rhythms of the Tree of Life