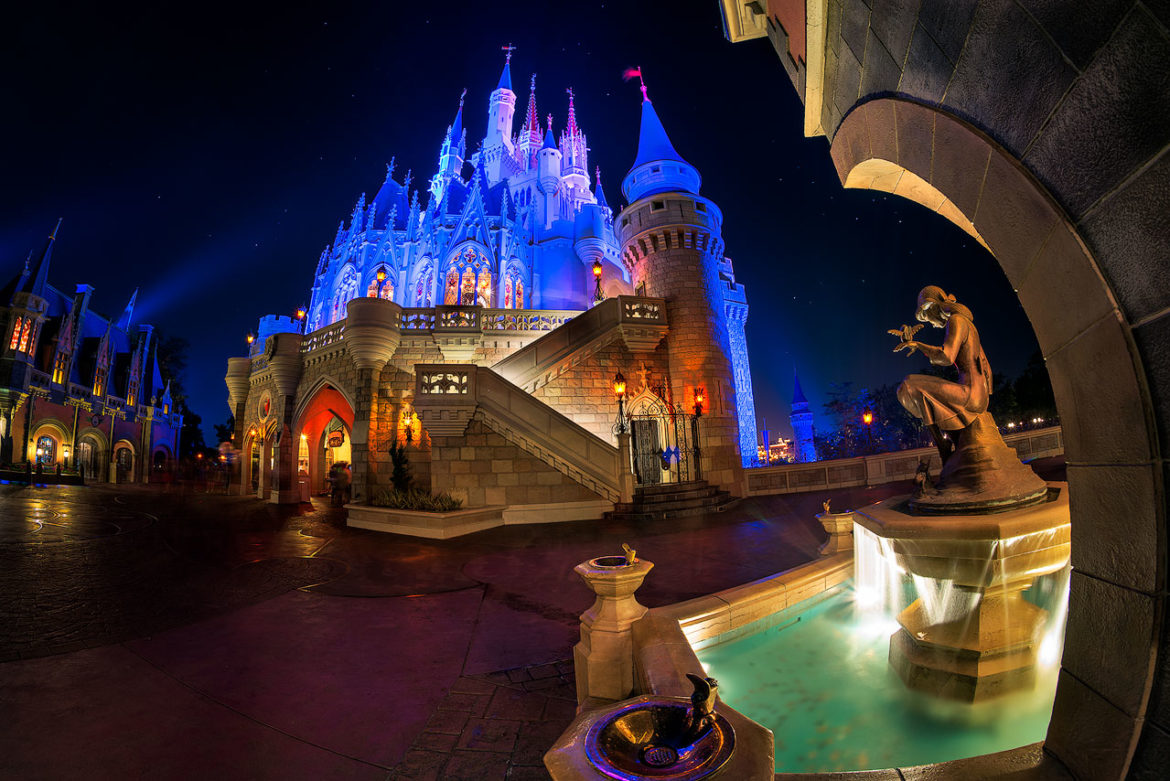 In 2011 I took a version of this shot that really was the shot that hooked me for good on Disney Photography. It was the first shot I took where I was framing it and before I even pressed the shutter button I knew it was going to be good. I’ve taken tons of photos over the years but only a handful gave me that feeling of this might be something special when shooting it. Now, 7 years later this shot has been done to death by others, but I thought it might be time for me to have another go at it. Originally shot with a Nikon D7000 and Prooptics 8mm fisheye, this time I approached the shot with the Nikon D810 and Rokinon 12mm fisheye. Combined with 7 more years of editing knowledge I think I’ve come away with a vastly superior version of this shot… at least technically. It doesn’t hold that special place of being THE shot that hooked me on Disney photography.

The NEW Pirates of the Caribbean