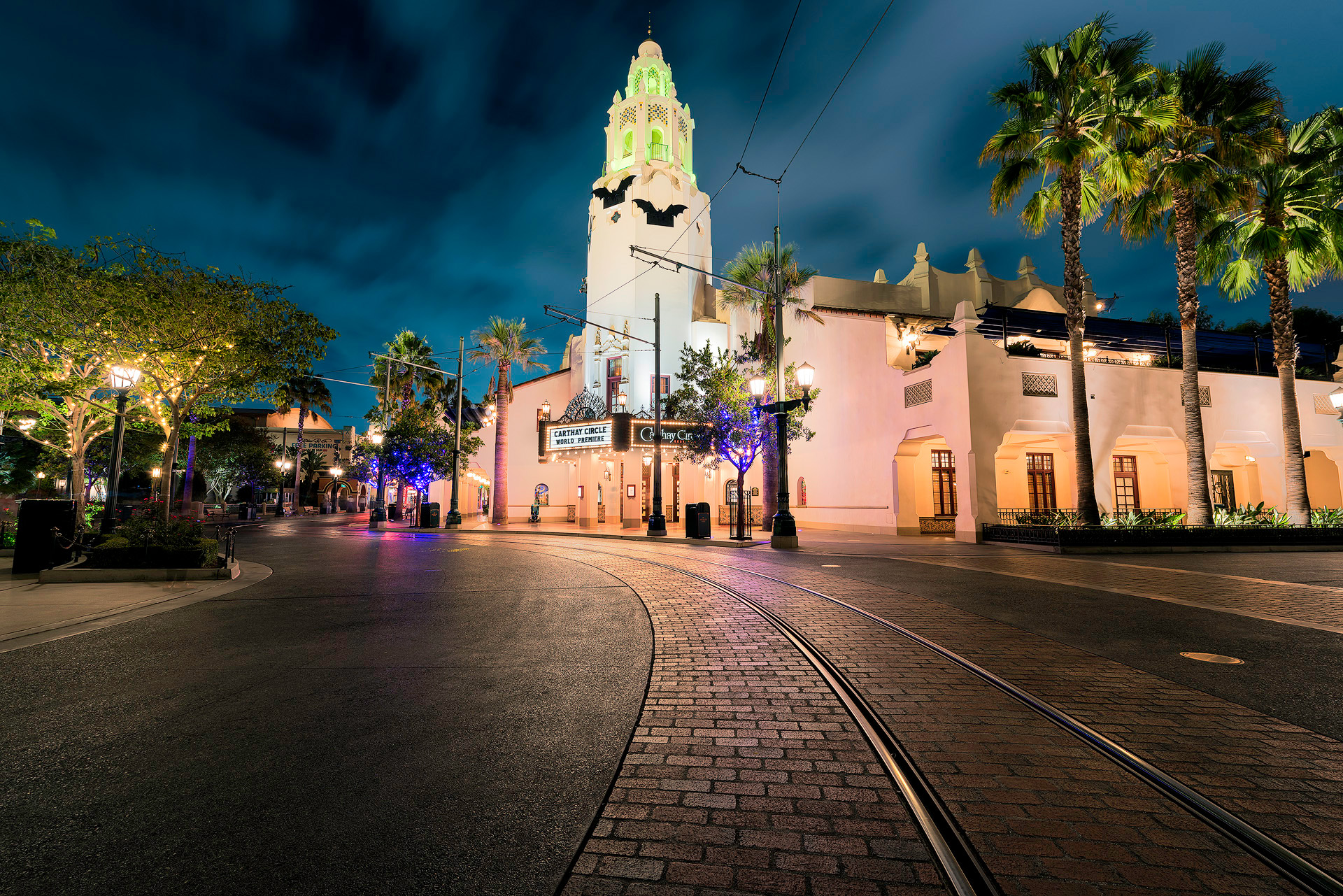 My first night at Disneyland Resort I opted to close out Disney California Adventure as they closed at 8pm and after the long trip out to California I didn’t want to be up too late. Little did I know security would move everyone out the park so quickly this night I’d really have no trouble catching up on my sleep.

Now typically at Disney World I will shoot 5 shot brackets for almost everything. I usually have the time and I like the flexibility it gives me in post even if I only end using 2 of the shots a lot of the time. Well I immediately learned that wasn’t going to fly at DLR and switched to brackets of 3 with 2 E.V. separation. I obviously haven’t edited all my shots yet but this seems to have worked out for the most part. In a few instances, I do wish I had 15 second exposures for shots where I managed to capture some stars. With my 30 second exposure, there’s some slight stretching but nothing too bad I won’t be able to get around.

So, finally back to this shot. I was being followed by security so closely and being told to move along so often almost all my shots were pick a spot, level off and shoot, which is what happened with this shot. Fortunately, I’ve gotten pretty good (I think) at finding a good spot without looking through my lens so I don’t feel too bad about my results this night. You can see too they only had some of the seasonal decorations up so it’s sort of a unique shot with only some of the purple lighting. When I shot it again later in the week everything was decked out in purple lights.