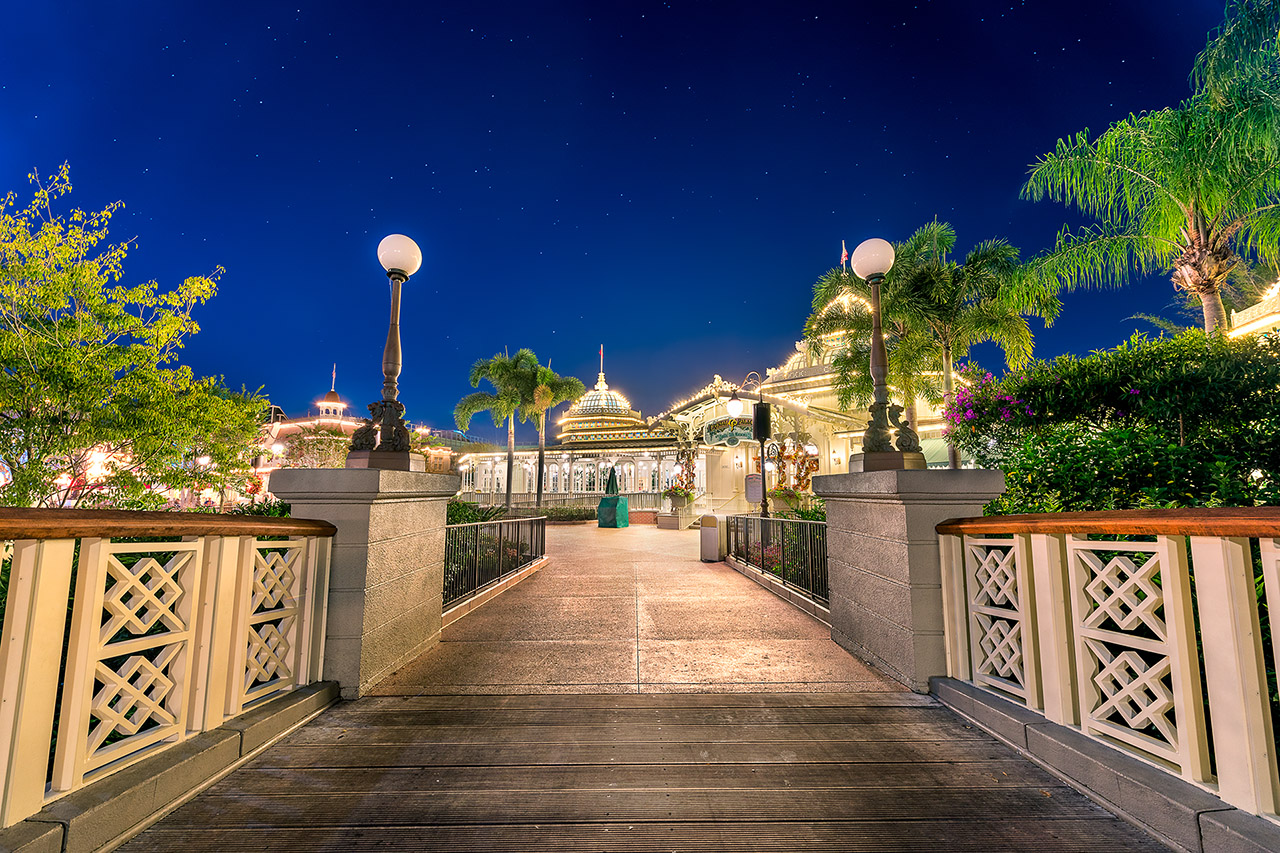 With all the construction the past few years it has been quite some time since I’ve had a shot of the Crystal Palace. I had actually tried this shot on my last trip but the spot on the bridge I shot from I ultimately did not like how it turned out and I ditched the shot and decided to try it again at another time. This time I had already figured out exactly where I wanted to be to shoot this shot and it turned out just as I had envisioned.

This was shot with the Nikon D810 and Nikon 14-24 2.8. The only real challenge to getting the shot is this is a high traffic area as many people turn here when exiting Adventureland to exit the park. It took a little bit of patience to get the shot but otherwise no major issues. While getting the shot went better than my previous attempt editing was definitely a pain. The lighting of Crystal Palace is very strong compared to the immediate surrounding area which made editing a bit tricky. I ultimately used all 5 of my bracketed shots to create my base blend which was done with luminosity masks. These required much more tweaking than I normally do on most shots. I worked on this shot off and on for a few different days so I lost track of how much time I spent on this one but it was definitely more than I would have hoped for. Once I had my base exposure however editing was quite simple with general levels, color balance and saturation adjustments. I popped the stars with my star editing trick and sharpened the image while excluding the sky. I denoised the sky and did a tiny bit of final cleanup on some missed spots.

A Universe of Energy

Mission Space to the Stars