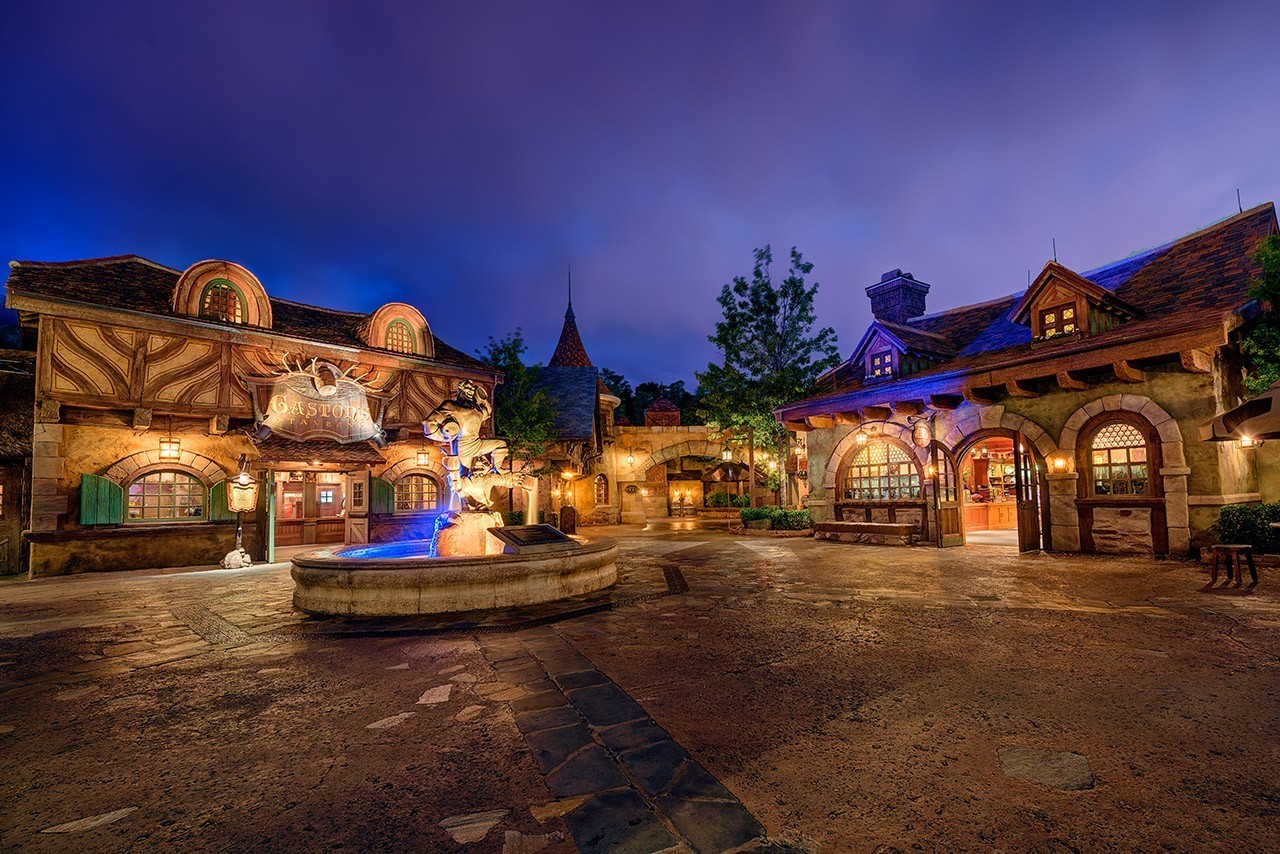 It’s great when the opening line of the first song of the movie just gives you the perfect title. Of course that lyric is “Little town It’s a quiet village” and so I’ve named it fittingly Belle’s Quiet Village.

This was a shot I had on my list from the outset of the trip as I really wanted to get a wide shot of the entire village area. As a bonus this is a really great starting point for a night of after hours shooting. This area empties out very quickly and is usually already pretty empty as the park approaches closing. From here you’ve got multiple directions you can head, which gives you lots of different opportunities as you shoot towards the front of the park. Additionally security does not push as hard as they once did behind Cinderella Castle as the Seven Dwarfs Mine Train is still running to clear out the queue for quite some time after the official park close. This has really increased the amount of time I’ve been able to spend shooting behind the Castle after the park closes.

Of course to get the entire shot like this I once again used the Nikon 14-24 2.8. In this case I chose to blend my 5 shot bracket in Photomatix and then do some additional blending work for the highlights using Luminosity masks to help clean those up further. In the end the shot ended up nearly as I had imagined. The weather of course being one thing you can never predict, I had originally hoped for clear skies. The clouds here have just enough layers and textures here to create something I feel is perhaps even better than a clear sky. It doesn’t hurt that the scene is from my favorite Disney movie either. Enjoy.

A Monorail’s Reflection of Spaceship Earth