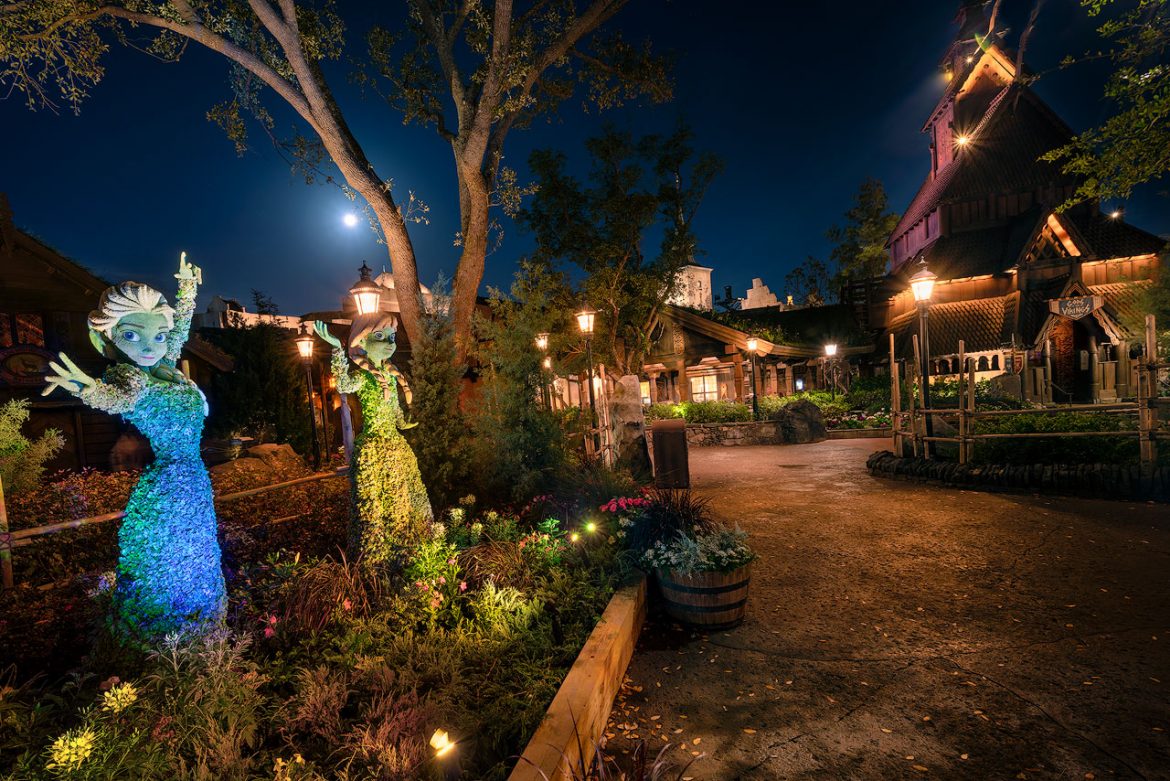 This seemingly simple photo has a lot to talk about. To start, even though I framed Elsa on the edge of the frame I pointed the camera in such a way that she is pointing and looking into the camera. I was also fortunate to have the moon in frame a lot on this night which is always a fun element to include. Next up we must discuss those blue lights Disney uses everywhere yet again. In this scene they are bathed all over Anna, Elsa, all the plants beneath them and into the building and plans in the background. It’s all just so boring, lazy and overkill for the lighting.

Once again, I’ve colored corrected the scene. After an initial draft I decided to bring back the blue lighting at a lesser strength on Elsa as at least this makes sense. Finally, and unfortunately, there was a light just out of my frame in the upper right-hand corner that was causing some flaring across the scene. This is honestly an easy thing to deal with when shooting, as you can simply using your hand to block the light source and eliminate the flare. I thought I had done this but apparently, I did not do a very good job as when I got home, I realized that all 3 of my attempts to block the flare had failed. To be fair it’s very hard to see on the exposure before you start boosting the shadows but It’s still one of those things that is going to irritate me every time I look at this photo but I figured it’s a good teaching opportunity.  So remember, you can use your hand to block flares and then just use an extra shot to mask the hand out eliminating the flare… but you to actually have your hand in the right spot to block the light source… lol. ? Ultimately, I did clean it up and reduce it significantly using frequency separation which is a really neat way to separate texture from color and work on them independently.

Cinderella Castle, Social Distancing, and Me