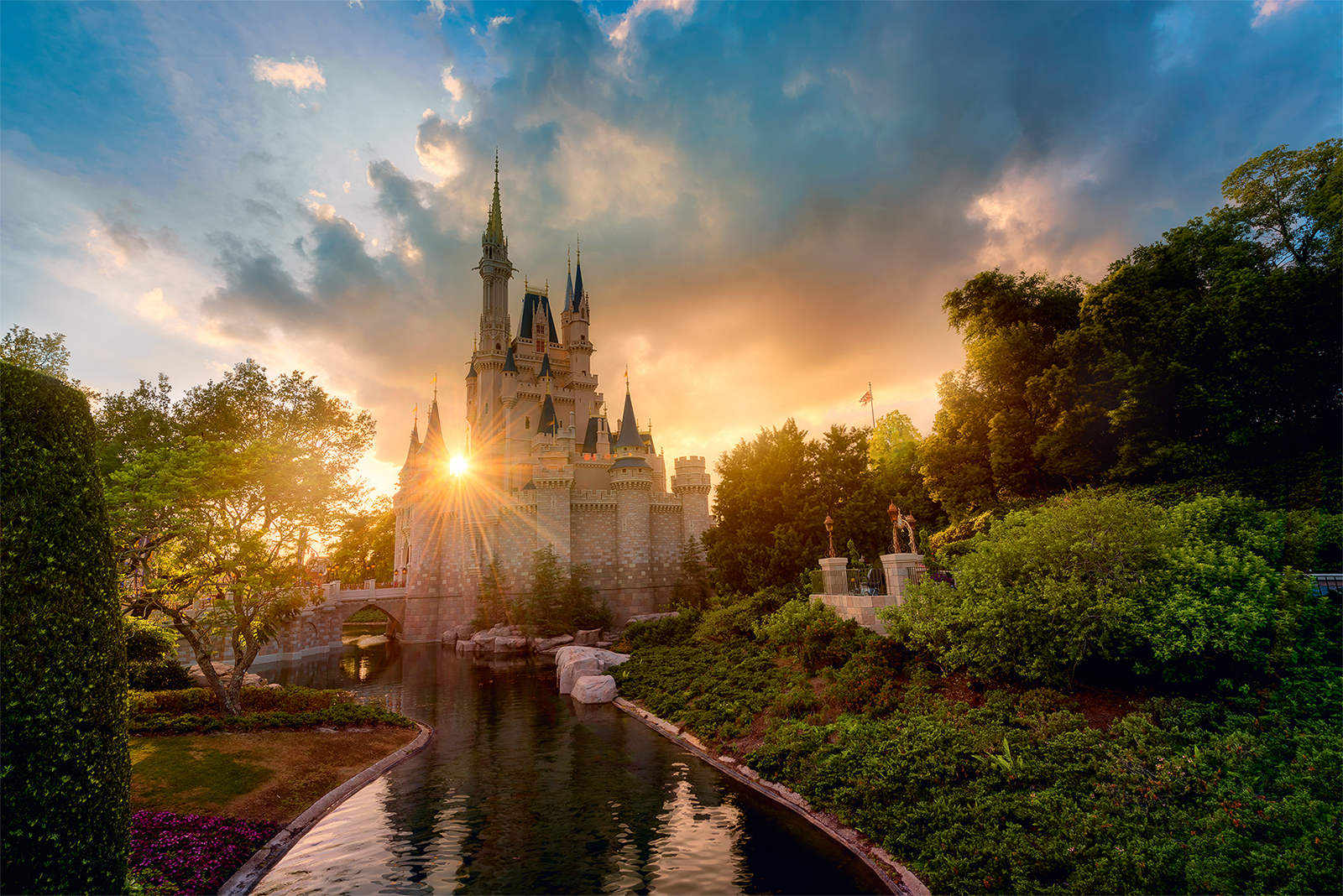 This has become the go to spot for Disney photographers seeking out an awesome Magic Kingdom sunset. There is a good reason too. Is there anything more magical than Cinderella Castle with an awesome sunset behind it? I don’t think so.

There are really two good spots for shooting sunset of Cinderella Castle from this side. One is on the bridge heading into Fantasyland/Tomorrowland, which is where I shot this one, and the other is next to the wishing well. Go to one of these spots during sunset and you are sure to get an amazing shot. For this shot, it was blind luck that I perfectly timed my arrival to get the awesome burst of the sun between the spires of the castle. Just a bit later and I would have still got the awesome glow and perhaps a bit more variation in color but I would have lost the burst, which I think helps make this shot a little extra special. I hope you think so too.