Home Disney A Frozen Ever After
Disney

A Frozen Ever After 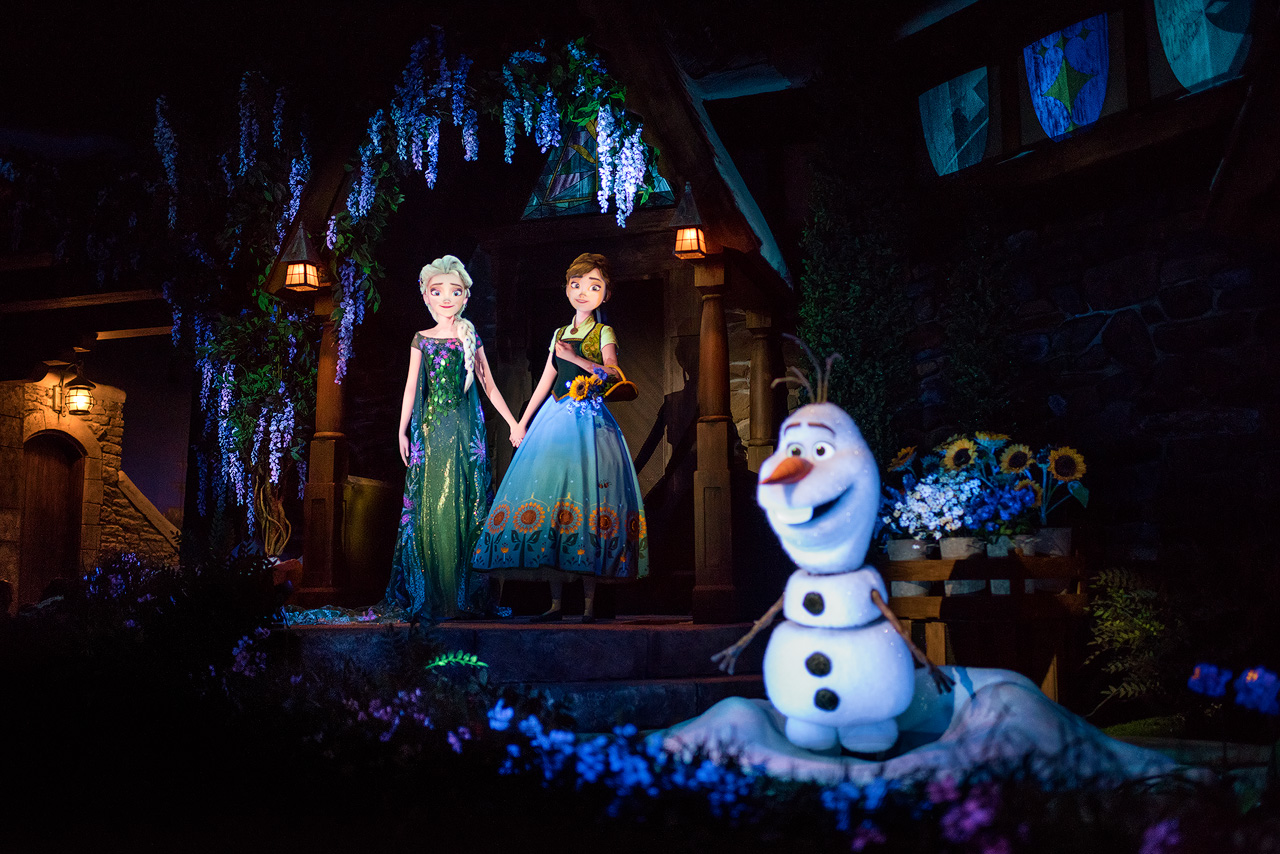 I will start by saying the animatronics for the new Frozen Ever After ride are the best currently at Walt Disney World. They are incredibly dynamic and life like and the Imagineers have done a great job at bringing them to life. This comes with a few minor issues from a photography standpoint. Because the faces are so dynamic and constantly changing you can, just like real people, capture them with some rather goofy looks. This can be especially annoying as the boat is constantly moving so the shot you end up with that is the optimal framing may not be the optimal facial expression. This can be worked around by snapping several shots quickly back to back and then aligning and masking faces for the best expression while also keeping the best frame. Or perhaps I’m just unlucky and no one else will run into this! Frozen is not an attraction I was personally interested in prior to its announcement but even as a ride makeover it is well done and sure to be a hit amongst its many fans. I will look forward to riding and shooting it again on future trips.